Thanks to my Dad for the inspiration for this post.

Earth is orbited by thousands of artificial satellites (and one natural one). These satellites orbit in a number of different ways according to their purpose. 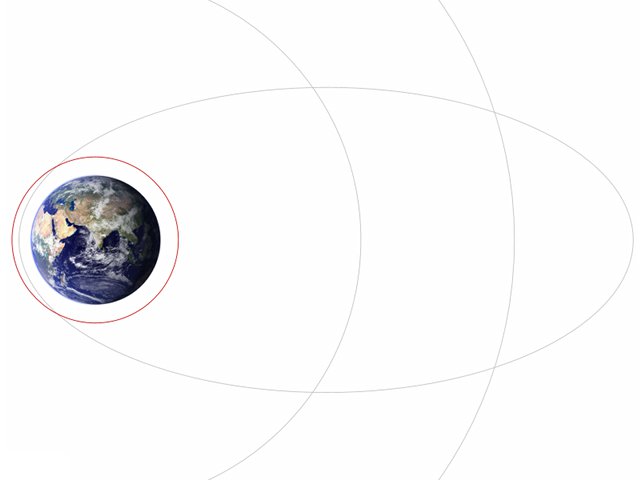 Objects in LEO orbit at between 200 and 2000 kilometres from Earth. The low distance from Earth means that it is relatively easy (in terms of energy/fuel) to get into LEO and this orbit is therefore popular. This popularity is boosted by the fact that devices on Earth’s surface do not need to be high-powered to transmit a signal to the satellite. Objects in LEO orbit the Earth about once every 90 minutes and therefore do not remain fixed over a given location for any length of time, requiring that a constellation of satellites be present to provide continuous coverage of/to any one area. For example, the Iridium satellite phone constellation is composed of sixty-six active satellites orbiting at about 780 kilometres above Earth. 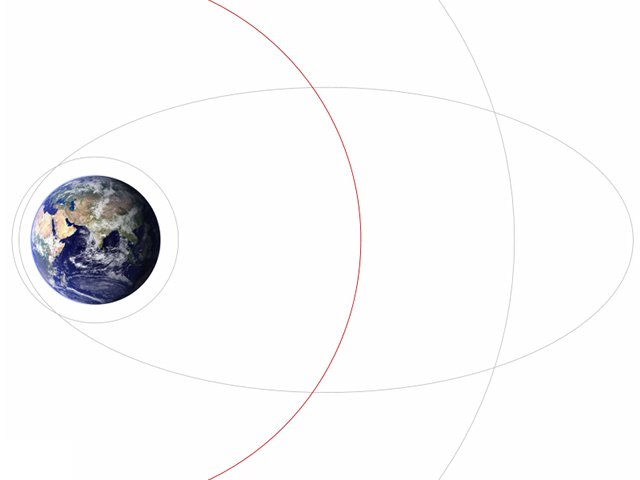 Satellites in MEO orbit between 2000 and 35 000 kilometres. At this orbit fewer satellites are required to cover the globe: GPS uses thirty-one satellites orbiting at 2o 200 km; and the Russian equivalent, Glonass, uses twenty-four satellites orbiting at 19 100 km. At this distance devices that communicate with satellites have to be high-powered to reach them, but in the case of navigation satellites, which are transmit only,* this is not a problem. 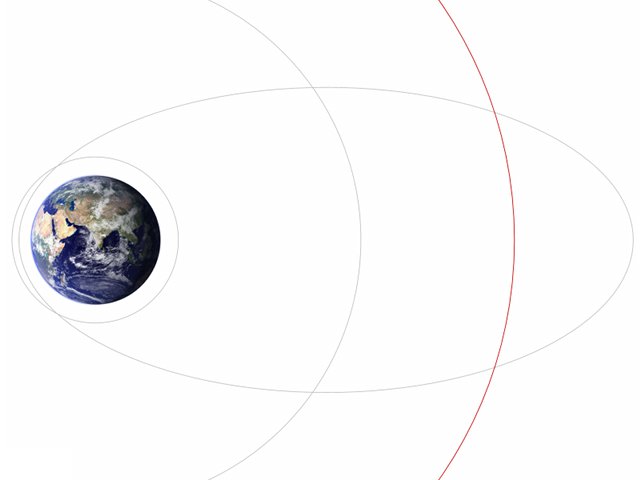 The idea of a geostationary satellite was popularised by the science fiction author Arthur C. Clarke in an article for Wireless World magazine entitled Extra-Terrestrial Relays – Can Rocket Stations Give World-wide Radio Coverage? so geostationary orbits are sometimes known as Clarke Orbits.

Calculating the height of a geostationary orbit is relatively simple. Any object moving in a circle requires a centripetal force towards the centre of that circle to keep it moving on a curved path. By setting this centripetal force equal to the force of Earth’s gravity pulling on the satellite and solving to find the radius of the circle you find that geostationary satellites orbit at 35 768 kilometres above Earth.†

Not all geosynchronous orbits are geostationary. A geosynchronous polar orbit, in which the satellite passes over both poles causes the satellite to be above the same location at the same time every day, which is useful in making day-to-day comparisons. When using this system more than one satellite is required because each satellite will spend a large amount of time facing the dark (i.e. non sun-facing) side of the Earth.

A polar orbit is one in which a satellite passes over both of Earth’s geographic poles as it orbits; on each orbit it will therefore be above a strip of land west (as the earth rotates east-to-west) of the piece it previously orbited. Polar orbits like this are useful because a low number of satellites can image the entire Earth. NASA’s MODIS system is composed of two satellites (Terra and Aqua) that image the entire Earth once every one or two days.

An image showing one day of swaths from the TRMM satellite. 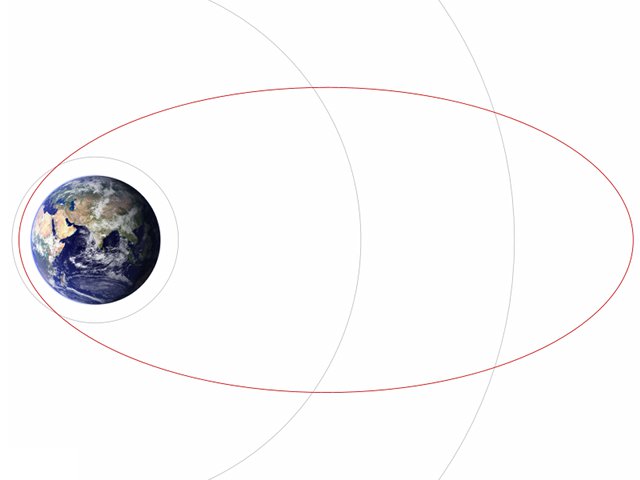 All of the previous orbits are circular, each satellite remains at a constant distance from Earth’s surface. Satellites in elliptical orbits change their distance from Earth, speeding up as they approach closer to Earth and slowing down as they move away. Satellites in elliptical orbits spend long periods of time over one area of Earth, providing coverage of that particular area with a small number of satellites.

A communication satellite in a geostationary orbit is further away from northern latitudes than the equator and therefore requires more power to be able to reach these locations. Russian Molniya communication satellites (after which the Molniya orbit is named) orbit at an angle of 63° to the equator at a distance between 500 and 40 000 km and take half a day to complete one orbit, enabling them to loiter above 55°N for six hours a day, which means that only three satellites are required for all-day coverage at high latitudes (as they can broadcast to 55°N from below this latitude). The Sirius Satellite Radio system, which broadcasts to North America, uses three satellites in Tundra orbits which are similar to Molniya orbits in their inclination and eccentricity, but with an orbital period of one day, making them geosynchronous. In contrast, the XM satellite radio system uses two satellites placed in geostationary orbits at longitudes of 85°W and 115°W (corresponding approximately to the west and east coasts of the USA).

Graveyard orbits are where satellites go to die. At the end of their useful life, if there isn’t enough energy to push a satellite into Earth’s atmosphere where it will burn up (or land in the “spacecraft cemetery” in the Southern Pacific Ocean off the coast of New Zealand) then satellites are pushed into an orbit above their normal location so that they do not collide with active satellites in their original orbit. 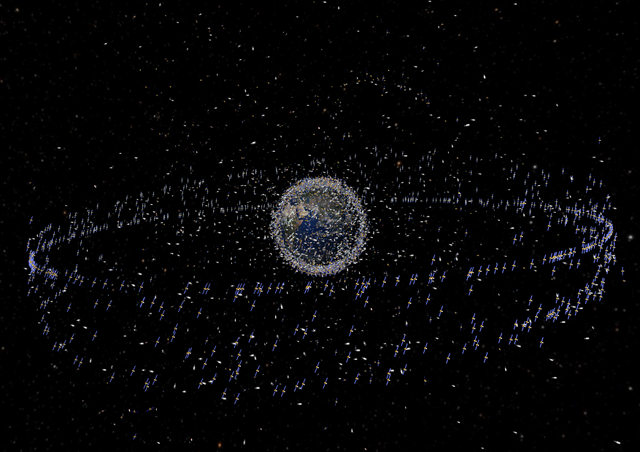 An image of space debris from the European Space Agency.

You can use WolframAlpha to find out which satellites are currently above your location.

* The US Department of Defense, which runs the GPS, does transmit updates to the satellites, from the Master Control Station at Schriever Air Force Base and from one of four monitoring stations on the islands of Hawaii and Kwajalein in the Pacific Ocean, the Ascension Islands in the South Atlantic Ocean and Diego Garcia in the central Indian Ocean.

† For the interested, the radius of a geostationary orbit from the centre of a planet with mass M that rotates once every T seconds is the third root of GMT2/4π2 where G is the universal constant of gravitation.