Not on the surface, I mean, but underneath? As you dig down into the Earth’s crust you will find yourself getting warmer, at a rate of about 0.025°C per metre of depth (25°C per kilometre). But why?

There are two sources of internal heat that make up the Earth’s internal heat budget: radiogenic heat and primordial heat. This heat flows to the surface at a rate of around 47 terawatts or 92 milliwatts per square metre of surface. This flow is uneven, with more heat flowing at mid-ocean ridges where two tectonic plates move away from each other, and more heat flowing through oceanic crust (which underlies the oceans) than through continental crust (which underlies continental land). The exact contribution of radiogenic v primordial heat to the total is unknown, but is thought to be approximately 50:50.[1] 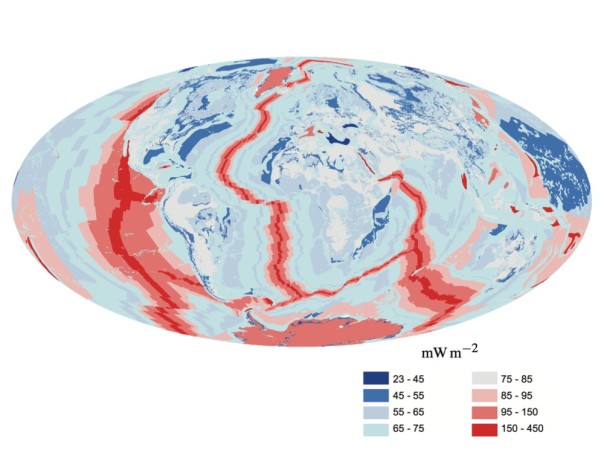 Concentration is on the x-axis, with the more common isotopes further to the right, and the y-axis measures the amount of heat produced by each isotope, with “hotter” isotopes towards the top. The area of the bubble is proportional to the amount of heat that isotope contributes per kilogram of mantle, with thorium-232 contributing the most at 3.3 picowatts per kilogram.

6 thoughts on “Why is the Earth Hot?”