The problem with bombs is getting them to their target. Dropping them from the air has always been the standard approach (Austrians used air-dropped bombs during the siege of Vienna in 1849), but this is beset by problems. Even stealth aircraft like the B-2 Spirit stealth bomber and the F-22 Raptor stealth fighter are not perfect.

The Rods from God idea did away with aircraft, and with explosives altogether. The concept is very simple: a series of satellites orbit Earth armed with “tungsten telephone poles”. Once a target has been selected and the satellite is overhead, the “pole” is released and pushed towards Earth by a small rocket motor. As the pole falls to Earth from space it requires no fuel; it is powered by gravity alone.

With such a large distance to fall the rod has plenty of time to accelerate, even when the effect of air resistance is taken into account. Hitting the ground at more than ten thousand metres per second (more than 24000 mph) the rod would be able to strike targets buried deep underground.

Fortunately (or unfortunately, depending on your viewpoint) the Rods from God (or “kinetic bombardment”) system has yet to be deployed. The most recent mention was in a 2003 US Air Force report (PDF) that classified “hypervelocity rod bundles” as a “Post-2015” technology.

This neptunium then undergoes a second beta decay to form Pu-239:

To create plutonium-241 the plutonium-239 from the previous step is bombarded with neutrons to form first Pu-240 and then Pu-241.

Uranium-233 is produced by bombarding thorium-232 with neutrons to create Th-233 which then undergoes two beta decays to form U-233. This can all be done inside the reactor itself.

Using thorium as a nuclear fuel has a number of significant advantages: it is made up of only one isotope which means that no costly (in both financial and energy terms) enrichment processes are necessary and thorium is at least four to five times more abundant in Earth’s crust than uranium.

Thorium can be used in a molten salt reactor, where it is dissolved into uranium fluoride to form a fluid that is both fuel and coolant (the full name of this reactor is the liquid fluoride thorium reactor). The advantage of using molten thorium as both fuel and coolant is that the reactor then has passive (“fail-safe”) safety: if the fuel begins to overheat then the reaction rate decreases, making a meltdown impossible.

The reaction takes place at a pressure of one atmosphere, meaning no pressure containment vessels are needed. Thorium reactors produce far less waste than uranium reactors do, and the waste produced is far safer: after 10 years 83% of the waste can be sold to recyclers and reused.

* Completists will notice that I’ve missed out the electron antineutrinos produced in beta decay; I’ve removed them for simplicity since they don’t really play a role here.

My money is on this for a Black Pencil or a Lion:

In my opinion it’s an outstanding piece of advertising. First I’ll explain how they did it, and then I’ll explain why I like it so much.

In order to make the advert work the balloon has to be neutrally buoyant. A neutrally buoyant object has a mass that is equal to the mass of air (or another fluid) that it displaces. This means that the weight of the object is cancelled out by the buoyant force upon it. There is no overall force on the balloon and it floats neither up nor down. 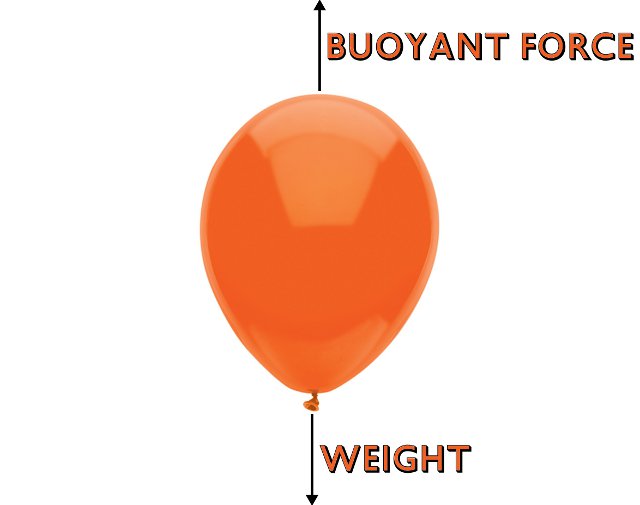 With no buoyancy or weight forces acting, the balloon responds only to the forces exerted upon it by the surrounding air. Because of the way that the Dyson Air Multiplier works the sucking effect of the “fan” draws the balloon in, and the expelled air then drives it forward. The absence of any blades means that the balloon is able to pass through the fan without harm.

But why is it such a brilliant advert? First, the soundtrack: there’s no voiceover, no actors or actresses, just the sound of the fans themselves. And they are quiet and smooth. One of the things people like least about conventional fans is the noise they make – here Dyson show off one of their fan’s unique selling points without you even realising it.

Then there’s the idea itself: a balloon passing through a fan? The unique selling point of the Air Multiplier is the absence of any blades; a fragile balloon is the perfect test object. If a balloon can pass through a Dyson fan safely then so can your children’s fingers and your pets’ noses.

And lastly there’s the setting. The way that the fans are arranged (carefully set up to show the Dyson’s ability to tilt and rotate) around the offices and manufacturing plant puts you inside Dyson and shows you the sort of company you’re buying from.

I should also point out that this doesn’t seem to be the work of an advertising agency. The disclaimer on the video even goes as far to specify that the advert was “created and executed by trained Dyson engineers”.

All the evidence in the world cannot prove a hypothesis, whereas only one piece of evidence is needed to disprove it. It would only take one instance of something “falling” upwards to disprove the theory of gravity.

In maths the situation is very different: once something has been proved, it is proved forever. No further research is necessary, no tests need to be performed. Pythagorus’s theorum about the lengths of the sides of right-angled triangles has been proved in many different ways (Cut the Knot has 84 different proofs), but will never be disproved.

This month’s Pylon of the Month is a beauty, even if it is only an artist’s impression. 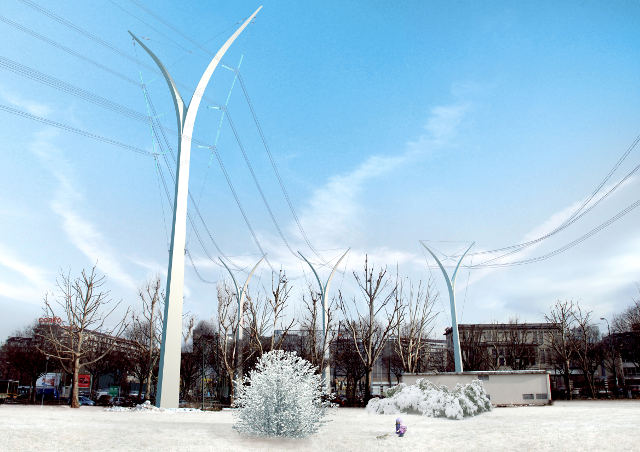 Designed by Hugh Dutton Associates for a competition run by the Italian electricity transmission company Terna, the new pylons would cost three times as much as standard pylons, but would still save money by reducing the overall length of the power lines.