Despite its appearance, the Portuguese Man o’ War is not a jellyfish.

It is technically known as a siphonophore, and although it might appear to be one single organism, a man o’ war is actually a colony of four smaller individual organisms known as zooids, which could not survive outside of the colony.

The most noticeable feature of a man o’ war is the “sail” or pneumatophore, a gas-filled balloon filled with carbon monoxide generated by the man o’ war’s gas gland, and nitrogen, oxygen and argon from the atmosphere. The sail allows the man o’ war to trail it’s tentacles through surface water, allowing it to feed, and can be deflated in case of attack from the surface, allowing the man o’ war to escape by submerging itself temporarily. 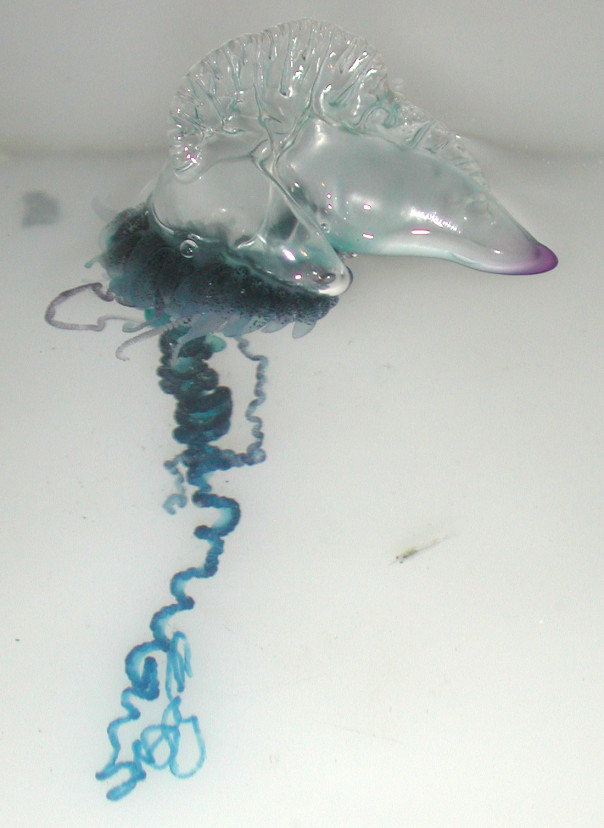 The sail is the clear “bag” at the top of the image, and the dactylzooids are the bluish tentacles below.

The remainder of a man o’ war is composed of three groups of zooids: the gastrozooids, the gonozooids and the dactylzooids. The dactylzooids make up the familiar tentacles, up to ten metres long, that trail through the water and which are covered in venom-filled nematocysts that are responsible for the tentacles’ highly painful stinging effect. The tentacles capture and guide food to the gastrozooids, which ingest and digest it. The gonozooids are responsible for reproduction. 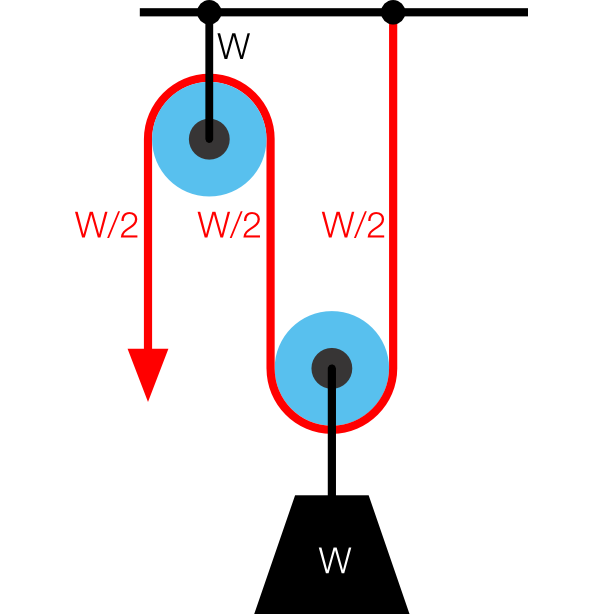 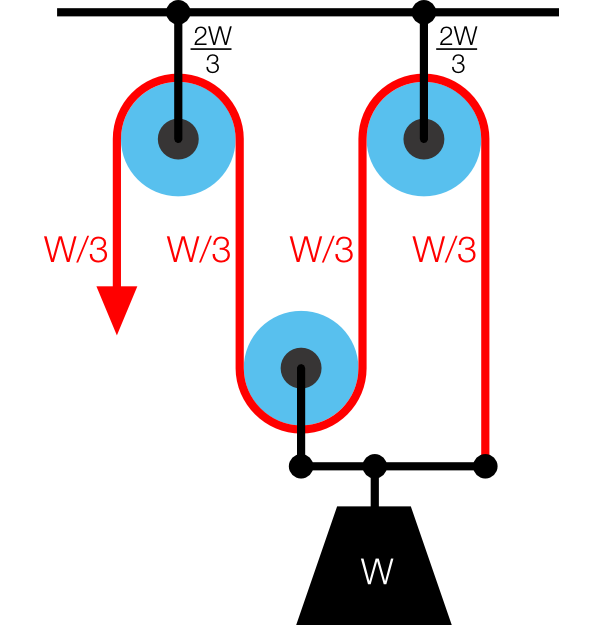 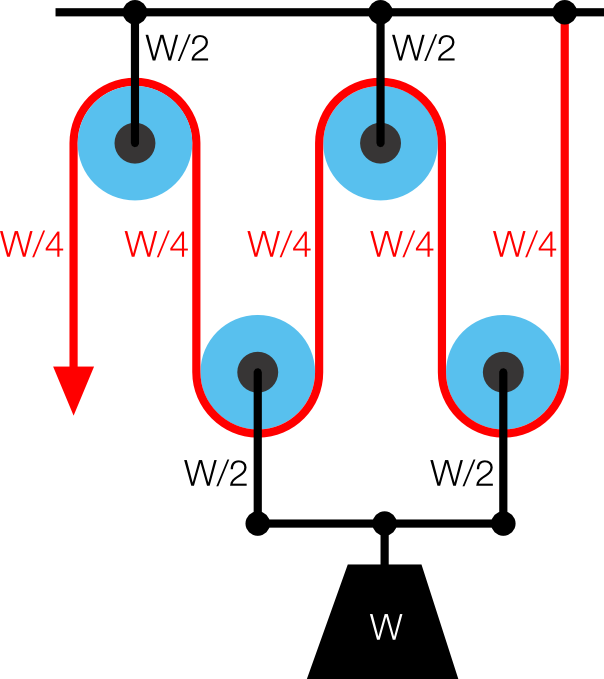 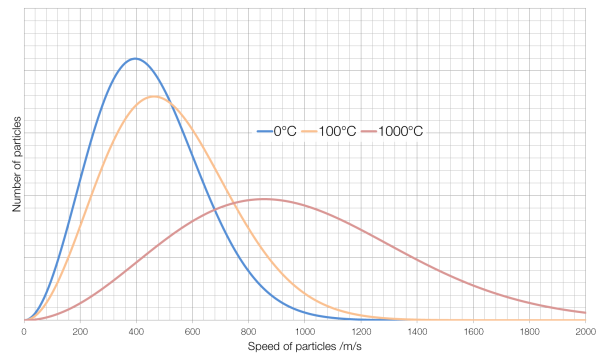 Desalination is the removal of salt(s) from seawater to create fresh water for drinking and irrigation. This is obviously very important on ships and submarines, but is also important on a national level: Israel produces fifty percent of its water via desalination, and the world’s largest desalination plant, the Jebel Ali Desalination Plant in the United Arab Emirates, produces 636 million litres of drinkable water per day. 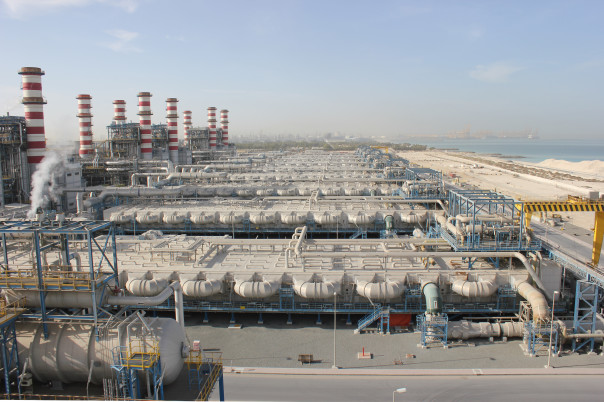 There are two primary methods of desalination: distillation and reverse osmosis.

Distillation is the simplest method of desalination: seawater is boiled, and the water boils away as steam and is then collected and condensed back into liquid water, leaving the salt behind. The most common distillation method is Multi-Stage Flash (MSF) Distillation, which operates by feeding seawater through a series of chambers, each at a lower pressure than the first. The low pressure reduces the water’s boiling point (thereby saving energy) and as water reaches each stage it immediately boils (“flashes”) into steam. This steam is collected by condensers and the heat given off in this process (i.e. the latent heat of vaporisation) is used to pre-heat the seawater entering the chambers. MSF distillation uses around 50-90 megajoules of energy total per cubic metre of water produced.

Other distillation methods of desalination include mechanical vapour-compression, in which steam is mechanically compressed into liquid water, thereby generating heat that can be used to generate more steam; and multi-effect distillation (MED) in which steam produced in in one stage (known as an “effect”) is used to boil water into steam for the next effect, reusing energy that would otherwise be wasted. In MED, like MSF, each effect has a lower temperature and pressure than the previous one, so the inevitable decrease in temperature due to lost energy does not affect the boiling of water into steam. 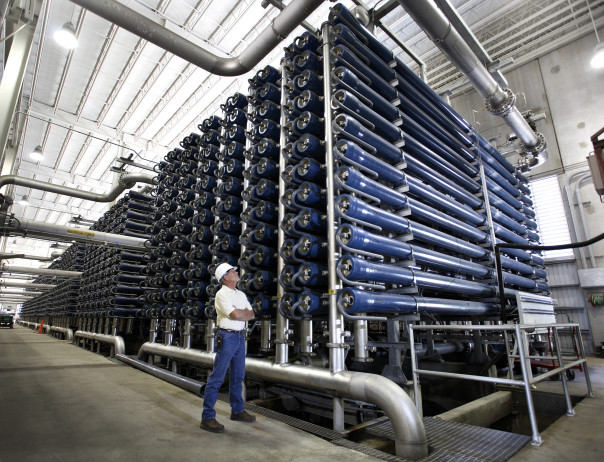 The interior of a large reverse osmosis desalination plant.

Reverse osmosis is only one of a number of membrane desalination processes. Other membrane processes include electrodialysis reversal, which uses an electric current to push salt ions through ion exchange membranes*; and nanofiltration, which uses nanometre-sized (0.1?nm-1.0?nm) filters to remove salts.

* If electrical current is used to move salt ions, then the movement of salt ions can create an electrical current. This is the basis of reversed electrodialysis, a method of electricity generation using the difference in salt concentration between saltwater and fresh water patented in 1977 by Sidney Loeb at Ben Gurion university in Israel. Loeb was also the inventor of a semi-permeable membrane that made reverse osmosis desalination practical.