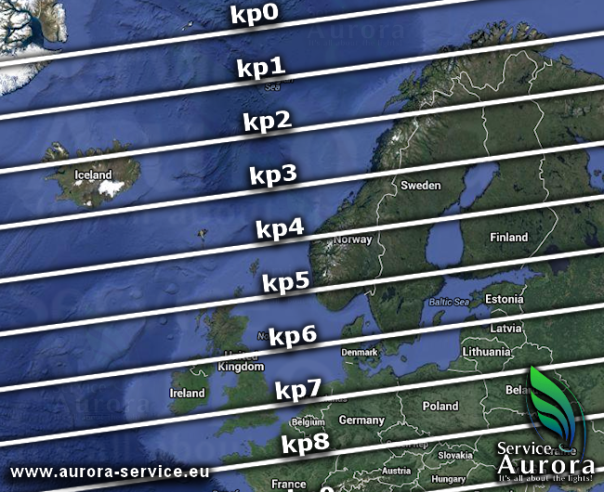 At Kp = 5 the aurora can be seen from the very north of mainland Scotland, and at Kp = 7 it can be seen in London (assuming, in both cases, ideal observing conditions).

The Kp index is calculated every three hours by taking the average of the K-index as measured at thirteen different measuring stations. The K-index is a logarithmic scale that measures disturbances of the Earth’s magnetic field caused by solar activity, but it is adjusted so that the regularity of occurrences of each K-index value is the same at each station: that is, the frequency of Kp = 3 events is the same at Lerwick in Scotland as it is at Witteveen in the Netherlands, even though Lerwick is far more northern than Witteveen.

The disturbances in the Earth’s magnetic field that the K-index measures are important because it is these disturbances that push the particles into the atmosphere, where they ionise the particles there, causing the emission of light that make up aurorae.

One thought on “The Kp Index”