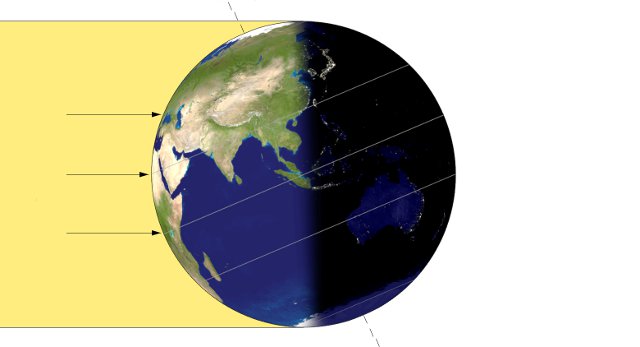 The change in the length of the day depends on latitude; the further north or south you go, the greater the variation. 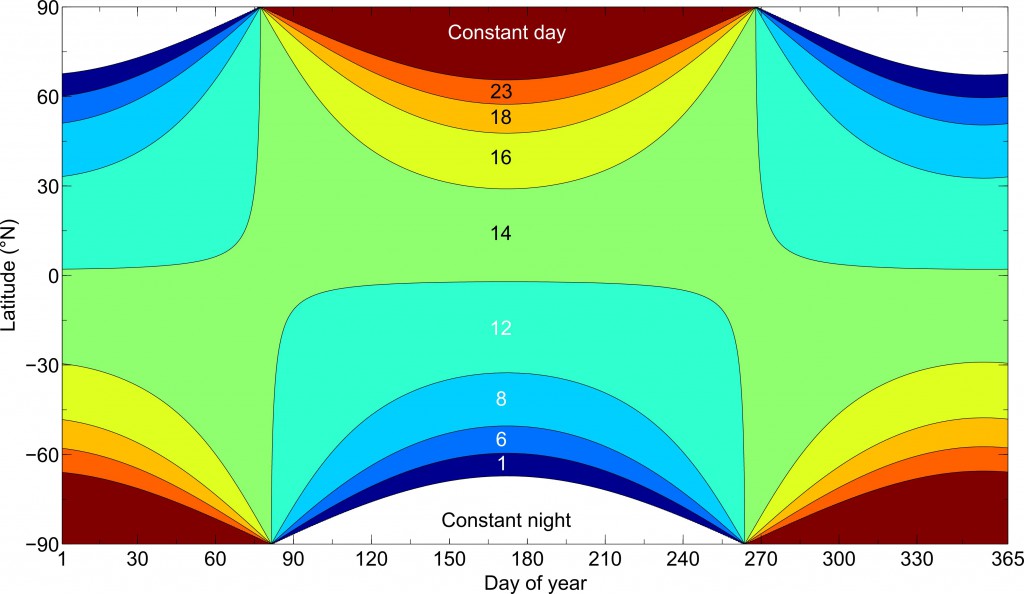 For London, in 2011, the length of the day will change as shown below: 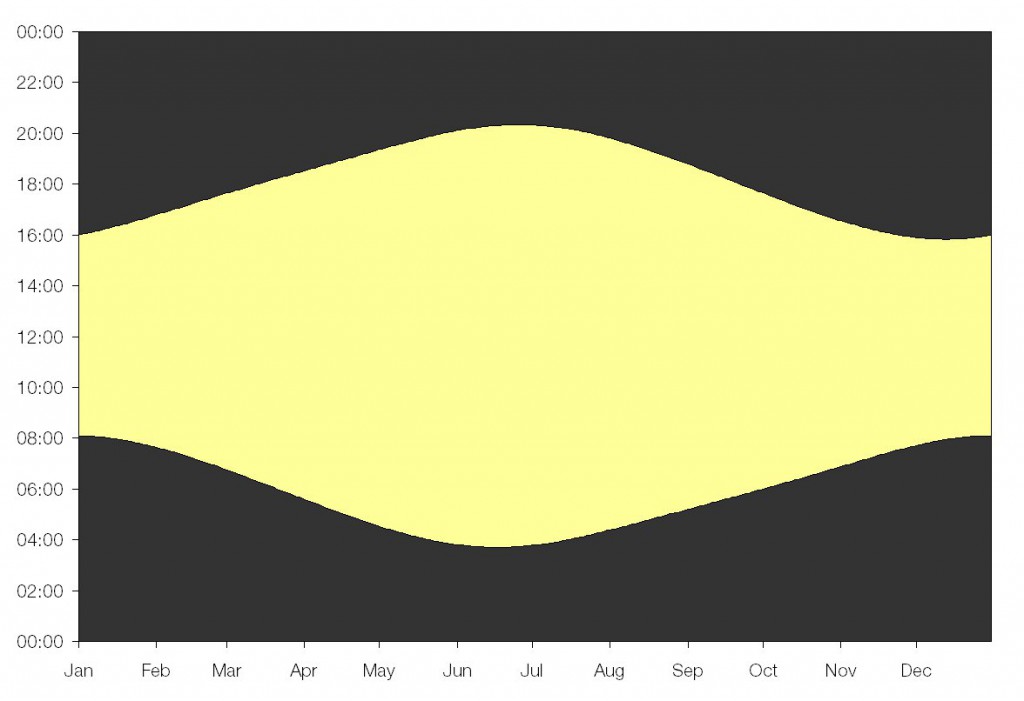 When British Summer Time is taken into account the pattern changes: 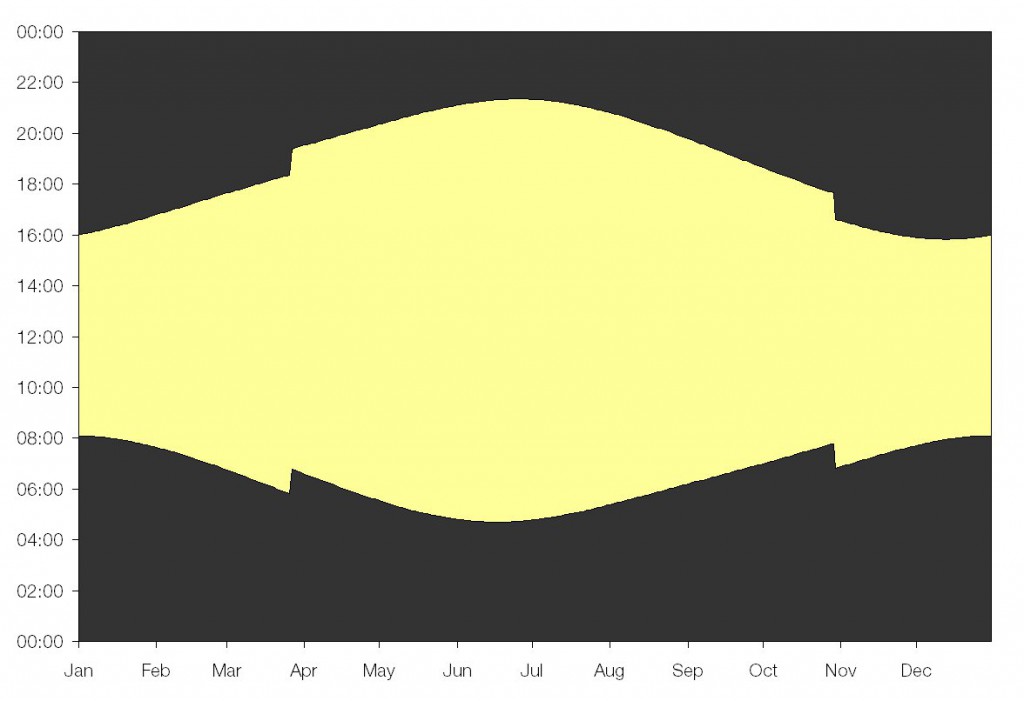 Having more hours of daylight in the late evening reduces the use of electrical lighting. The environmental campaigners 10:10 (the same group that made that awful video) and others have been pushing for the permanent adoption of BST, with an extra increase of an hour during the summer, a system called Single/Double Summer Time (SDST).

The Royal Society for the Prevention of Accidents has suggested that moving to SDST would reduce accidents, benefit tourism and leisure and help prevent crime. Conservative MP Rebecca Harris has submitted a Private Member’s Bill that is currently before Parliament asking the Secretary of State to consider making this change.

Blaming “Health and Safety”, and by extension the Health and Safety Executive (HSE), seems to be the new “political correctness gone mad”. Newspapers are full of stories about how the UK’s “compensation culture” impacts negatively on daily life in the UK.

The thing is, it doesn’t exist. There is no “compensation culture” in the UK outside of the media, and the stories you hear about the HSE banning things right and left are that and only that: stories.

Lord Young of Graffham’s report Common Sense, Common Safety (685kB, .PDF), “a Whitehall-wide review of the operation of health and safety laws and the growth of the compensation culture” was published on 15th October and makes it very clear that that the media has a lot to answer for in perverting the work of the HSE:

“[T]he standing of health and safety in the eyes of the public has never been lower. Almost every day the papers compete to write about absurdity after absurdity, all in the name of ‘elf and safety’ as it has become widely known.

“The problem of the compensation culture prevalent in society today is, however, one of perception rather than reality.

“There was an overriding opinion that the health and safety agenda had been hijacked by the tabloid press, whose reports often contributed to misinterpretation and misunderstandings by regularly exaggerating and ridiculing instances which in reality have little or nothing at all to do with health and safety.”

One of the most telling sections of Lord Young’s report (Annex D, if you’re reading along) compares media stories with reality. The tragic case of Jordon Lydon, a 10-year old who drowned whilst fishing for tadpoles, is perhaps the most striking. The story was reported at the time (e.g. by the Daily Mail and the Daily Express) in sensationalist terms:

“[A]ccusations were made that the policemen involved stood by and watched a boy drown because health and safety rules forbade them from entering the water to save him.”

But the reality was far simpler, though no less tragic:

I can only hope that the media report on Lord Young’s report with all the fervour that they reserve for stories about “‘elf and safety”. I’m not holding my breath.

On another issue close to my heart, Lord Young specifically addresses the issue of educational trips.

“There have been a number of cases where schools have prevented pupils from taking part in educational visits citing health and safety as the reason for non-participation. The process for taking children on educational visits involves a huge amount of form-filling – ranging from consent forms to risk assessments …

“This process can involve excessive bureaucracy that is not proportionate to the role it plays in reducing the risk of accidents. It merely serves as a deterrent and an excuse to ‘do nothing’.

“As a consequence, children are potentially missing out on vital education because schools just do not have the time and resource to carry out the process and, if they do, they are too concerned about the threat of legal action should an accident happen.

“We should introduce a single consent form, signed by a parent or guardian, which covers all activities a child may undertake during their time at a school, enabling parents to opt out of any specific activities. Consent is already not required for activities which take place during the school day and in order to reduce the amount of bureaucracy around school trips we should underline this message to schools and local authorities.”

All objects emit electromagnetic radiation, and the type and amount of radiation emitted depends on the object’s temperature. The hotter the object, the higher the energy of the emitted EM radiation: a cold object will emit radio waves and as temperature increases, microwaves, infrared, visible light, ultraviolet, x-rays and gamma rays. 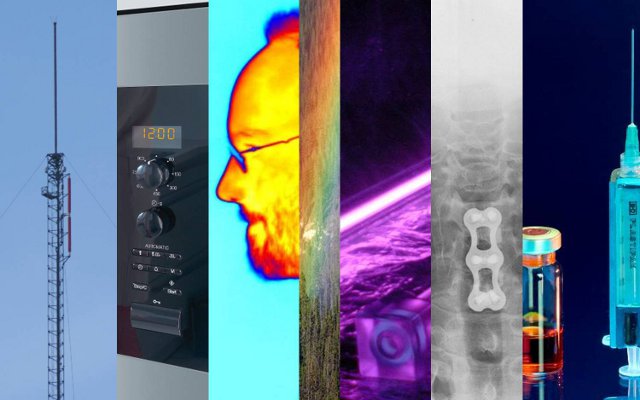 The surface of the Sun is about 6000K which means that it produces light right across the spectrum, peaking in the green. It is this green coloured light that humans (and other land mammals with colour vision) are most sensitive to – you have twice as many green-sensitive cones as red- and blue-sensitive ones.

A standard incandescent filament lightbulb uses a titanium filament at a temperature of 1500K. This is significantly colder than the Sun which means less higher-energy green and blue light is emitted, leading to an overall yellow colour. Flourescent lighbulbs do not work in the same way so their colour temperature is adjusted by altering the mix of phosphors inside the bulb. 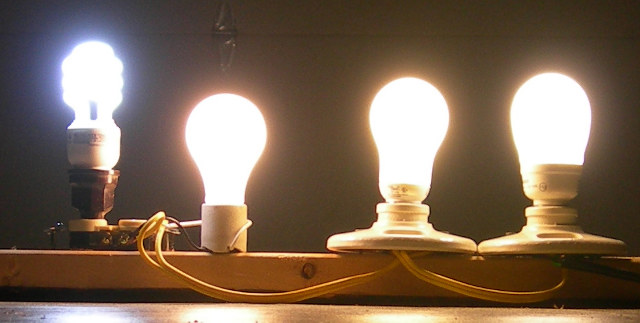 I spend a lot of time in front of a computer screen; something that is not good for the eyes. I have a program called f.lux installed on my laptop that adjusts the colour temperature of my monitor automatically throughout the day; during the daytime the colour temperature is 6500K, after sunset it drops slowly to 3400K. This helps to reduce eyestrain and maintain circadian rhythms. 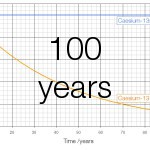 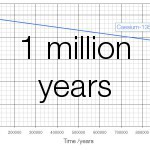 That’s a pretty big get: 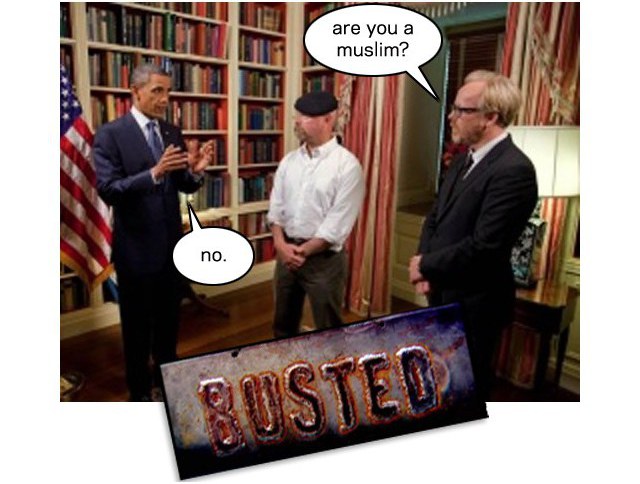 Obama is appearing on Mythbusters to emphasise the importance of science and technology. His episode airs 8th December in the US.