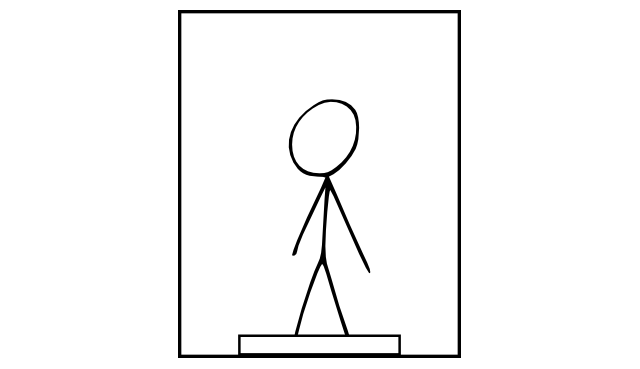 Imagine standing on a set of scales in a lift. The Earth pulls you down onto the scales and the scales push back on you with an equal force – that’s the force that the scales read.

Einstein’s equivalence principle, part of the framework of general relativity, is that it is impossible to tell the difference between acceleration due to gravity and acceleration due to an external force*. If the lift is accelerating upwards this must be because a force is exerted upon the lift in an upward direction and as this is in addition to the force of the scales pushing upward, you feel heavier.