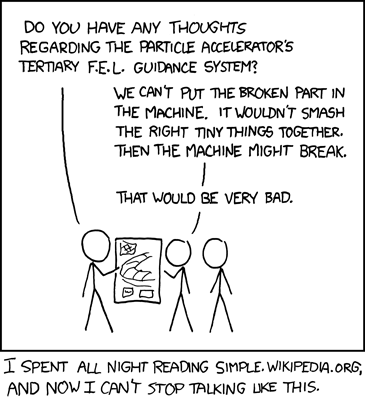 XKCD recently published a comic entitled Up Goer Five which took the form of a set of blueprints for the Saturn 5 rocket and the Apollo Command and Lunar Modules, but explained using only the one thousand (or “ten hundred”) most common words. “Exhaust nozzle” becomes “Fire comes out of here”, “Crew capsule” becomes “People box” and so on.

I thought this was a great idea, and wanted to try it myself, but it’s very difficult to know instinctively which words are and aren’t in the top one thousand. I was trying to write a macro for Microsoft Word that would highlight the correct words when the solution came in a tweet from Tom Whyntie:

@Alby Nice. I like your Word idea. For simplicity, could you not just create a custom dictionary and run the spellcheck?

Configuring Microsoft Word for writing like this involves three steps:

As Word checks your document it will look for each of the words you’ve used in the software’s built-in dictionary (and won’t find them, because they’re in a different language) and will then check it against your custom dictionary. Words that don’t appear in either the built-in or custom dictionary will then be highlighted as misspelt.

Navigate to the File → Options → Proofing menu and click the “Custom Dictionaries” button. 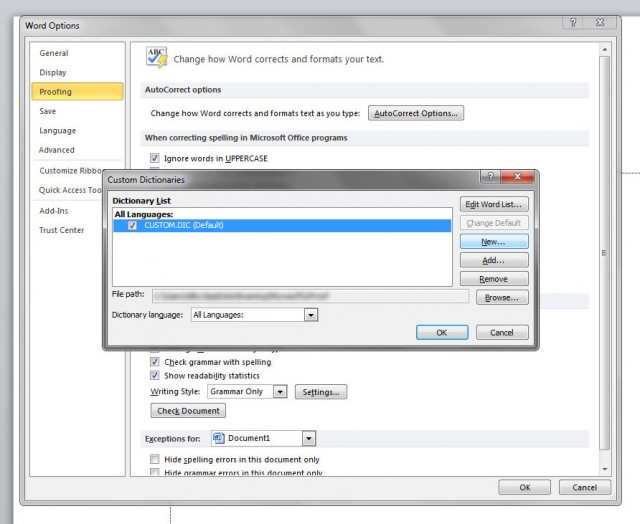 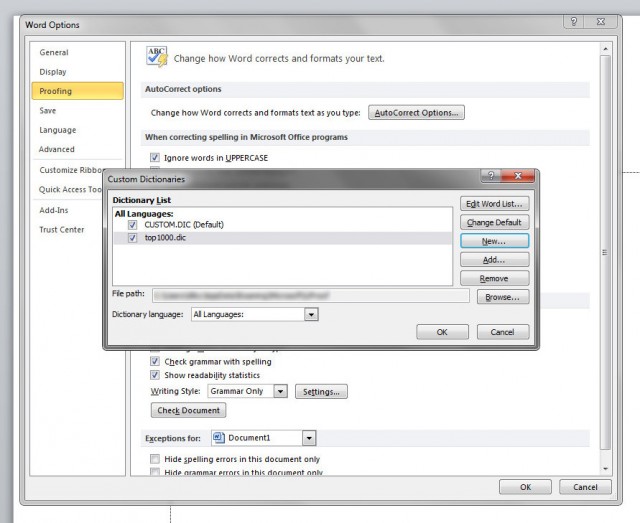 Open this custom dictionary with your text editor of choice. If you accepted the default location offered by Word it’s probably located in the \Users\Username\AppData\Roaming
\Microsoft\UProof directory.

Copy and paste your list of words (as plain, unformatted text) into the .dic file and save it. 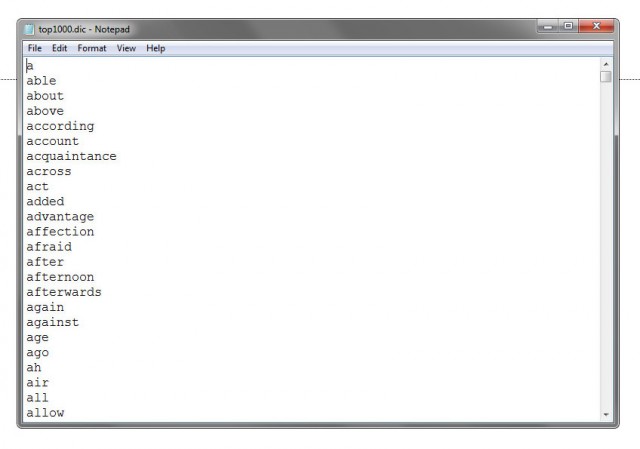 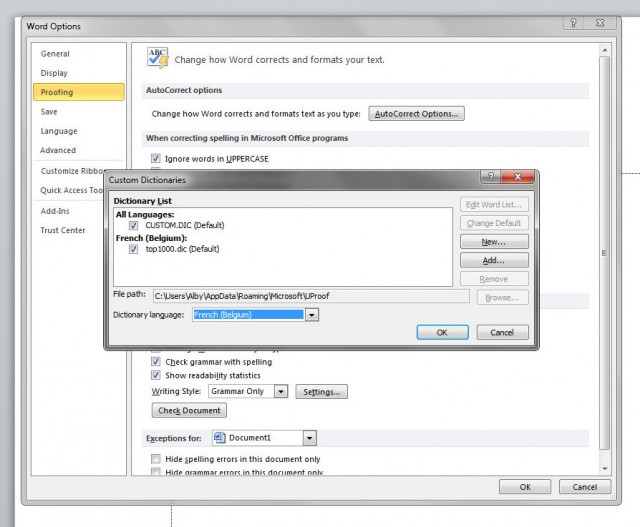 Create a new document, and set the proofing language for that document to the alternative language that you chose in the step above.

Now as you type Word will highlight the words that do not appear in your Top 1000 list.

If you’ve got any feedback, stick it in the comments below.