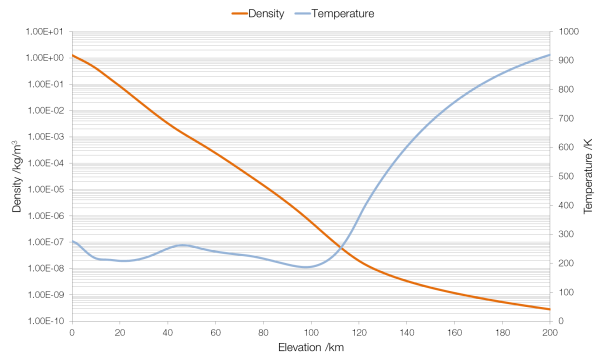 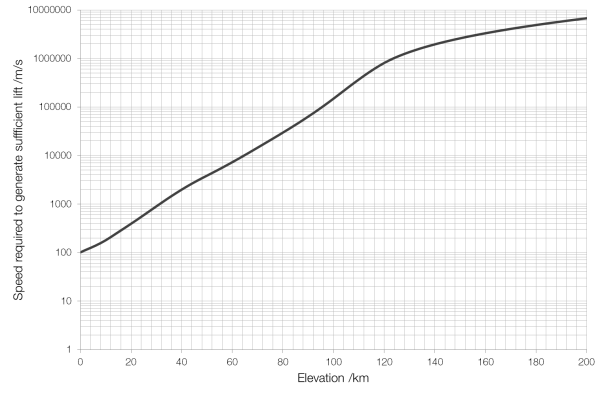 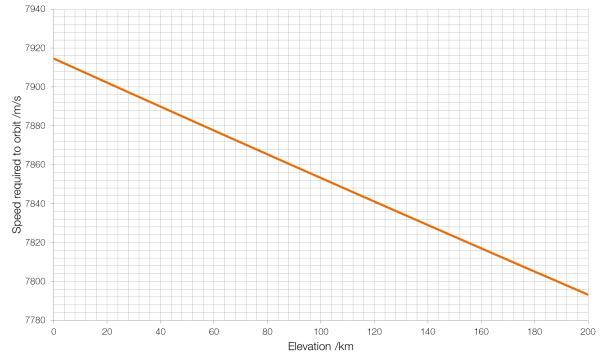 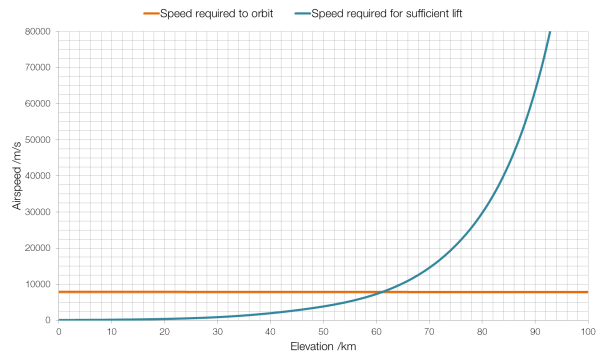 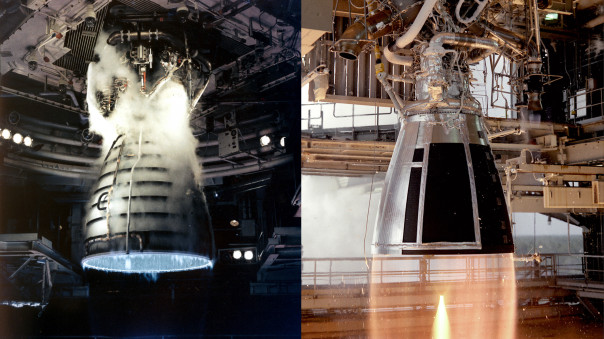 All rocket engines feature a “throat”, a narrowing of the exhaust nozzle. In the photographs above this throat is obvious at the top of the images. 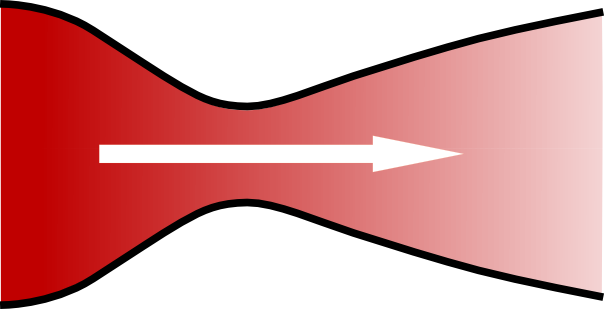 A de Laval nozzle (also known as a convergent-divergent nozzle) as used in rocket engines.

The question of why rocket engines all feature throats might seem like it has an obvious answer: just try blowing air out of your mouth with your mouth wide open. But the physics behind rocket throats is a little bit more complicated than that.

The nozzle of a rocket engine is designed to accelerate exhaust gases to Mach 1 at the throat, causing a process known as choking or choked flow.

Normally the rate at which a gas can flow out of a pressurised container, such as the combustion chamber of a rocket engine, is limited by the difference between the pressure of the interior of the container and the pressure of the atmosphere surrounding the container: the container tries to push gas out, and the atmosphere tries to push the gas back in. In choked flow, this dependence disappears: the outside pressure has no effect on the rate at which gas is ejected, external pressure cannot force its way past the supersonic shockwave that forms at the throat. Choked flow produces the greatest rate of flow of exhaust gases, and therefore the highest possible thrust: you cannot get the exhaust gas particles to move any faster, but you can push through more of them per second.

As a gas passes through a narrowing in a pipe its pressure decreases and its speed increases; and as the pipe expands the pressure increases and the speed decreases.* This is known as the Venturi effect.

is the rate of change of the velocity of the gas,

is the change in the area that the gas is flowing through.

There is a limit to the Venturi effect, and that is when the fluid reaches the (local) speed of sound, as happens during choked flow. At this point, the Venturi effect is reversed: instead of the gas slowing as the nozzle expands, its velocity increases (because the

term becomes positive rather than negative).

Thus the shape of a de Laval nozzle is designed to first accelerate the gas (by narrowing) to sonic speeds at the throat, and then because the Venturi effect has been reversed, to accelerate the gas further (by expanding) to supersonic speeds. The faster the exiting exhaust gas is, the more thrust that will be produced.

Once the gas has exited the throat, the shape of the diverging (widening) part of the de Laval nozzle is such that the exhaust gases are directed backwards parallel to the body of the rocket (as shown in the middle diagram below), giving the maximum possible thrust in the direction that you want the rocket is to travel in. 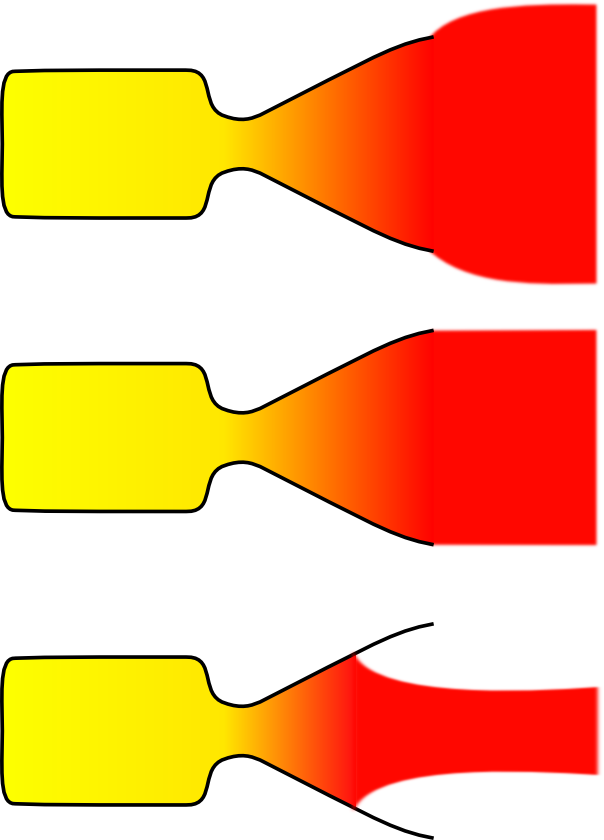 An underexpanded nozzle (top) is inefficient because some of the exhaust gas is propelled backwards at an angle to the rocket’s direction of travel, i.e. pushing it right/left and back/forth rather than up. An overexpanded nozzle (bottom) is more efficient than either of the previous two, but the jet of exhaust that it produces is unstable, which could lead to your rocket veering off course.

The degree of expansion of your nozzle depends on the ambient pressure, and so nozzles are often overexpanded at low altitudes and underexpanded at very high altitudes, giving a “sweet spot” during its journey where it operates at the best possible efficiency.

When a nozzle is over- or underexpanded, a complex process can cause shock waves to form in the exhaust flow. Unburnt fuel passing through these shock waves is compressed and burnt, causing bright “shock diamonds” to form. 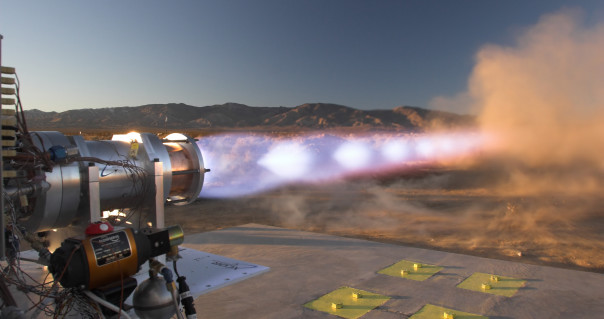 Shock diamonds in the exhaust of the XCOR Liquid Oxygen-Methane engine.

Shock diamonds in the exhaust of an F-16 during takeoff.

In the UK, marriages between cousins have been permitted since the time of King Henry VIII. If Charlie and Catherine are legally cousins, but genetically siblings, should they be permitted to marry?

* I should point out that it won’t be exactly 50% in any of these cases, but considering the huge number of genes and the population as a whole the average will be 50%.

The International Union for the Conservation of Nature (IUCN) is an international organisation with the aim of finding “pragmatic solutions to our most pressing environment and development challenges”. One of their most important jobs is assessing the conservation status of various species, which they categorise into one of seven categories in their Red List of Threatened Species.

Extinct species are those which have no living members (or only one non-pregnant member). Some species that have been considered extinct have been rediscovered.

Extinct in the Wild (EW)

Species which are Extinct in the Wild are those which live only in captivity or which exist as naturalised populations outside of their normal habitat.

Critically Endangered species are those that face a very high risk of extinction (in the wild). CR species can be considered “possibly extinct”, a category used by BirdLife International, but not by the IUCN.

Species categorised as Endangered are those that will likely become extinct. Species considered Endangered are often protected by conservation laws that prevent hunting, destruction of habitats, etc.

Vulnerable species are those at risk of becoming Endangered if their habitats are not protected or if other risks to their survival (hunting, disease, etc.) are not mitigated.

Species in the Least Concern category have been evaluated by the IUCN, and do not qualify for any other categories. Put simply, they are considered to have no risk of extinction.

These categories are fairly self-explanatory: either sufficient data on their populations does not exist, or data has not been collected. For obvious reasons, the number of species in these categories is very uncertain. Undiscovered or newly discovered species would fall into these categories until their discovery and/or evaluation. 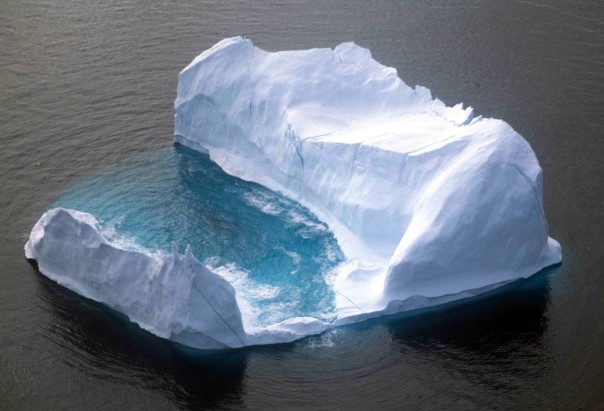 When the topic of climate change comes up, a common refrain is that the melting of icebergs is going to drown us all. This is not true. Even if every iceberg in the world melted, we wouldn’t notice the difference.

Archimedes’ Principle states that an object which displaces a fluid (i.e. a liquid or a gas) will experience an upward force that is equal to the weight of the fluid displaced. If an object displaces one cubic metre of water it will experience an upward force of around 9810 newtons, regardless of what it is made from. If its own weight is greater than 9810?N it will sink; if it is less than this it will float.

The density of ice is approximately 920 kilograms per cubic metre, and the density of seawater is approximately 1025?kg/m3. If a cube of ice with sides of one metre is placed into water it will push down on the water with a force of 9030?N (920?kg × 9.81?N/kg), and the water will push upwards on the ice with a force of 10?100?N (1025?kg × 9.81?N/kg). There will therefore be a net upward force on the ice cube of 1030?N and it will float to the surface. However, the ice cube will not float completely above the surface of the water – some of the ice cube will stay submerged.

The volume of the ice cube that is submerged will be equal to the volume of water that has the same weight as the cube itself, or mathematically:

We can find the volume of the ice that is submerged by calculating:

That is, the volume of the ice that is submerged (

) multiplied by the density of the water (

) multiplied by the strength of the gravitational field (

) is equal to the weight of the ice cube ( 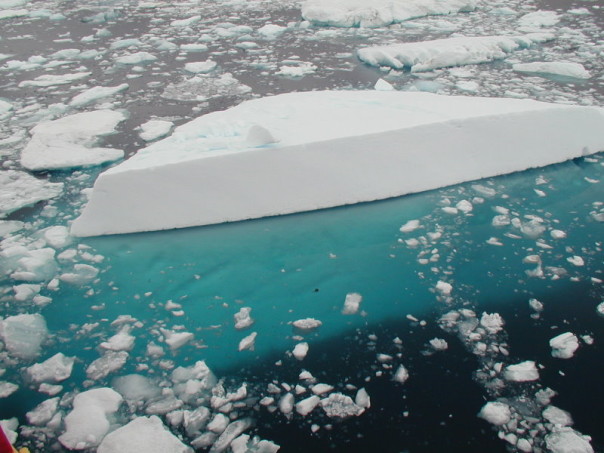 An iceberg, with the submerged portion clearly visible underwater.

Using the data we know, we find that the volume of ice submerged is 0.898?m3. This result applies regardless of the shape or size of our ice cube, so we know that 89.9% of any iceberg is below the surface of the water, and 10.2% is above. People seem to be worried that when the ice melts, this above-surface water will be added to the volume of the world’s oceans. However, this fails to take into account the different densities of ice and liquid water. As the ice melts into liquid water its density increases and thus the level of the water remains the same. You can prove this to yourself very easily: place an ice cube into a glass of water, draw a line at the level of the water, and wait for the ice to melt. The level of the water will not climb above your original line.*

What people should be worried about is not icebergs but ice caps. Ice caps are ice that it sitting on land and therefore is not already displacing water. If this ice melts and runs into the oceans it certainly will increase sea levels.

What people should also be worried about is that the density of water changes with temperature. As climate change increases the temperature of the oceans it will expand, and again sea levels will rise.

Note: This is all based on a mathematical-physical model. When other factors are taken into consideration, melting icebergs may contribute very slightly (about 50 micrometres per year) to an increase in sea level.