Or What percentage of your genetic code do you share with your second cousin?

Two people who share some of their genetic code (their DNA) are said to be consanguineous (“co” meaning shared and “sanguis” being Latin for blood) and the extent to which their DNA overlaps is known as the coefficient of relationship and is measured as a percentage.

Bearing in mind that you get 50% of your genes from each of your parents, it’s relatively easy to calculate the percentage of your DNA that you share with any relative you choose. 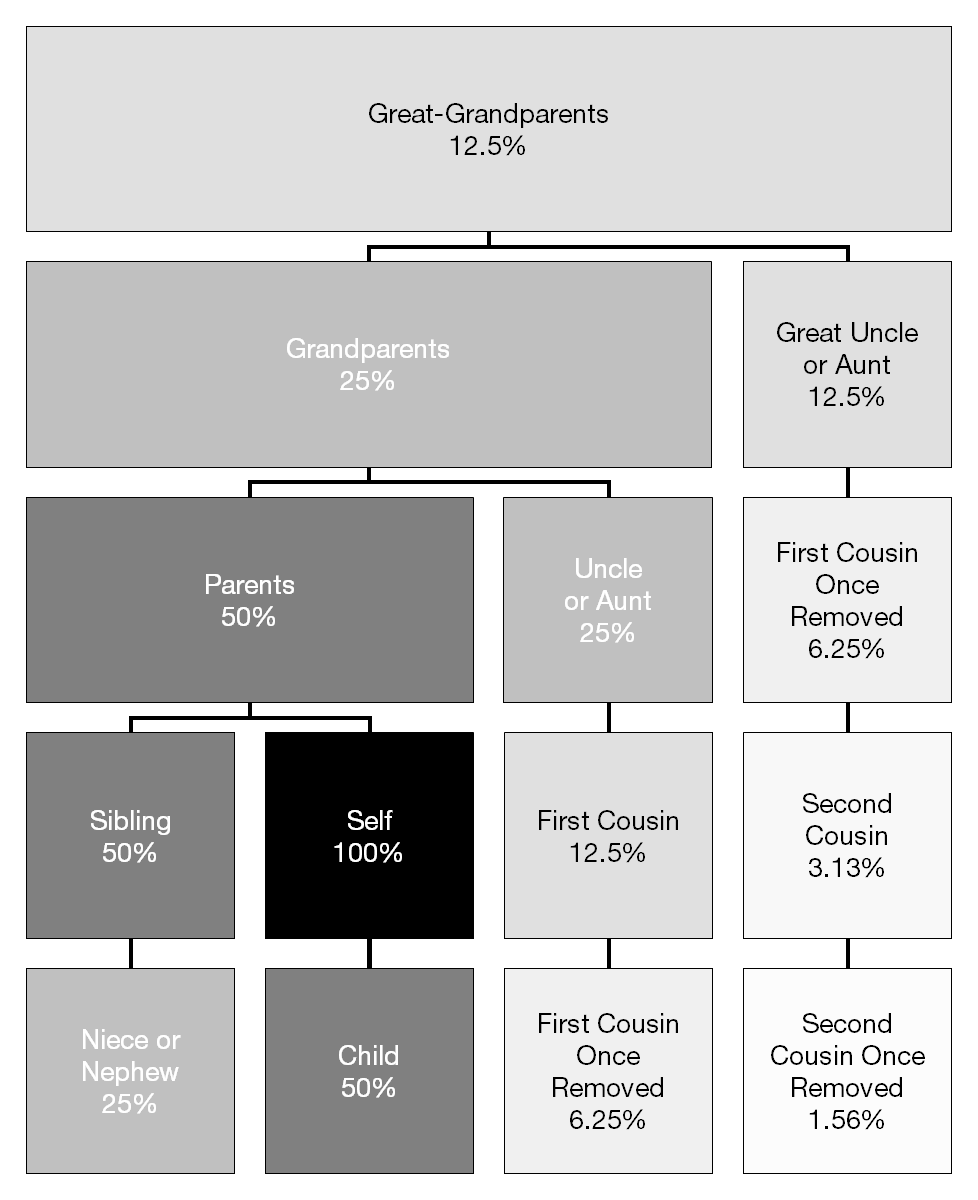 The closer to white a relation is, the lower the amount of DNA shared with that person.

To explain where these figures come from let’s take an example: How much of my DNA do I share with my sister Caroline?

Every one of your genes is split into two parts called alleles; you get one of these two alleles from each of your parents to make up each of your genes. If we take as an example a random gene, OCA2 (a gene that controls for eye colour) it will make it easier to understand the calculation process.

To quickly calculate the percentage of DNA you share with a relative simply count the number of (vertical) steps you have to take to get to them, and raise one-half to that power. For example, to find the percentage of DNA shared with a second cousin once removed you have to go three steps up and three steps down (the step between grandparents and great-grandparents is not counted twice) giving six steps in total. One half to the power of six is 0.015625 or 1.5625%; this is shown on the diagram below. 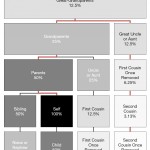 4 thoughts on “Consanguinity and the coefficient of relationship”