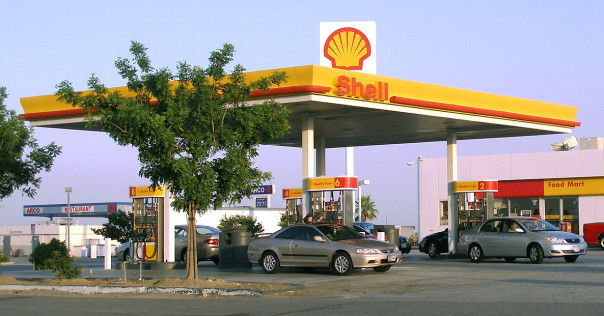 “Sugar” is one of those terms that scientists and the general public use in different ways. A scientist would be far more likely to refer to “sugars”, as sugar is actually a group of different molecules. All sugars are carbohydrates, i.e. they contain carbon, hydrogen and oxygen, but the arrangement of these atoms differs between sugars. 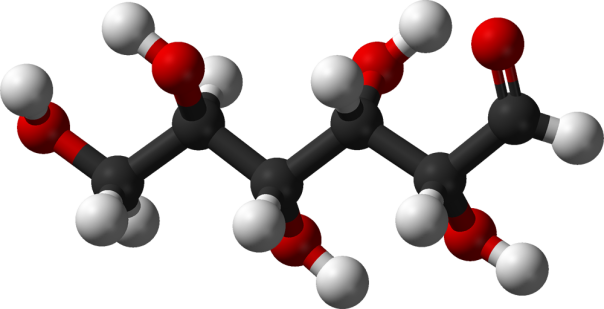 The monosaccharides are the simplest sugars. Shown above is the straight-chain form of glucose.

Glucose is what fuels cellular respiration in living things, and as such is an essential nutrient. It is one of the main products of photosynthesis, created when carbon dioxide and water are combined (using energy from the Sun’s light), producing oxygen as a by-product.

Glucose is found in most foods that contain carbohydrates. It can be created through the breakdown of starch and glycogen (see below), or in more complex disaccharide sugars like sucrose and lactose.

The name dextrose comes from the scientific name for one of glucose’s isomers, D-glucose. The D- prefix comes from the fact that a solution of D-glucose rotates the plane of polarised light to the right (i.e. from the Latin for “right”, which is “dexter”).

Fructose is a sugar that is commonly found in many plants, especially in fruits. It is the sweetest of the naturally occurring carbohydrates.

Galactose is less sweet than glucose and fructose, and is found in dairy products and sugar beets. 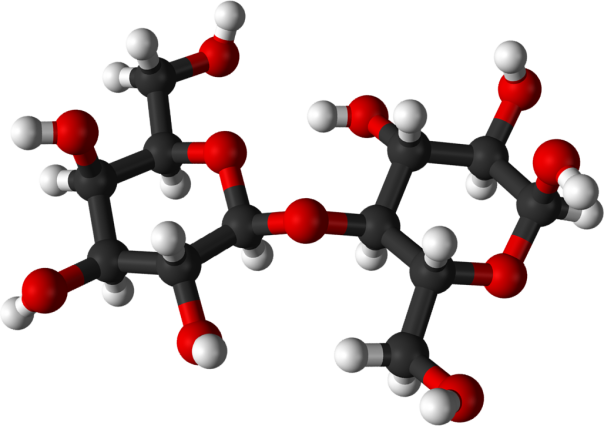 Sucrose is the sugar that sits on your kitchen table. It comes from cane and beets, and is formed when glucose and fructose are combined.

Maltose is formed of two glucose molecules combined together. It is created in the mouth when starch (a polysaccharide) is broken down by amylase in saliva. You can demonstrate this by chewing a piece of bread for a long time – after a while the starch will be broken down into maltose and it will begin to taste sweet. Maltose is contained in cereals, pasta and potatoes.

Lactose is a combination molecule of glucose and galactose, and is found in milk, and therefore in milk products like cheese. A dietary intolerance to lactose is found in more than half of the world’s population.

A section of a cellulose molecule

Polysaccharides are longer chains (more than ten units) of monosaccharide molecules; common polysaccharides include starch, glycogen, cellulose and chitin. Starches are broken down in the body into more “useful” glucose molecules, and glycogen is used as secondary store of energy (after fat tissue) in humans (the same role that starch plays in plants). Cellulose and chitin are structural, used in the creation of the structure of a plant or animal.