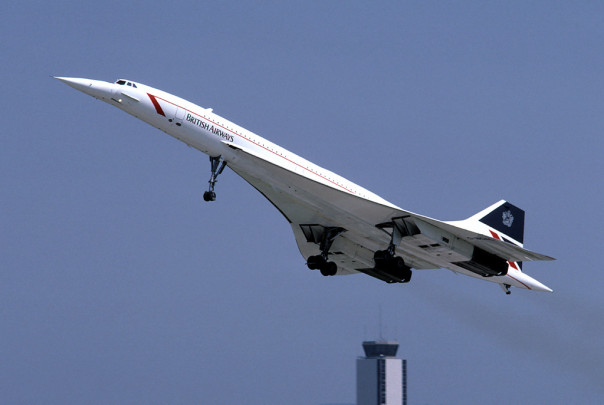 There is a story amongst Concorde pilots about a passenger (or in some versions it’s a pilot or the Flight Engineer) who, when the aeroplane had reached its maximum speed, hit a golf ball from one end of the cabin to the other, performing the longest golf shot in history.

Concorde’s maximum speed was Mach 2.04 or 694 metres per second, and the length of the cabin (from the door of the flight deck to the rear bulkhead) was 39.32 metres. If the golf shot was played at an average speed of 6.5 m/s it would take just over six seconds to travel the length of the fuselage.

The total distance travelled would therefore be 694 m/s multiplied by 6.5 seconds, for a total length travelled of 4200 metres. Adding on the length of the fuselage, and this gives a shot length of 4240 metres, which is 2.6 miles, so I don’t think there’s any doubt that this, if it happened, was certainly the world’s longest golf shot.