The Magical Shotgun (and it’s close cousin, The Magical Pistol) is a staple of the over-the-top action movie. The Magical Shotgun will be familiar to anyone who’ve ever watched a John Woo film: a character hit by a shotgun blast is thrown backwards at great speed through the air, usually into a plate glass window.

Momentum is the product of mass and speed and can be loosely thought of as indicating how difficult it would be to change the motion of something. The graph below shows how momentum changes – a darker background indicates greater momentum. 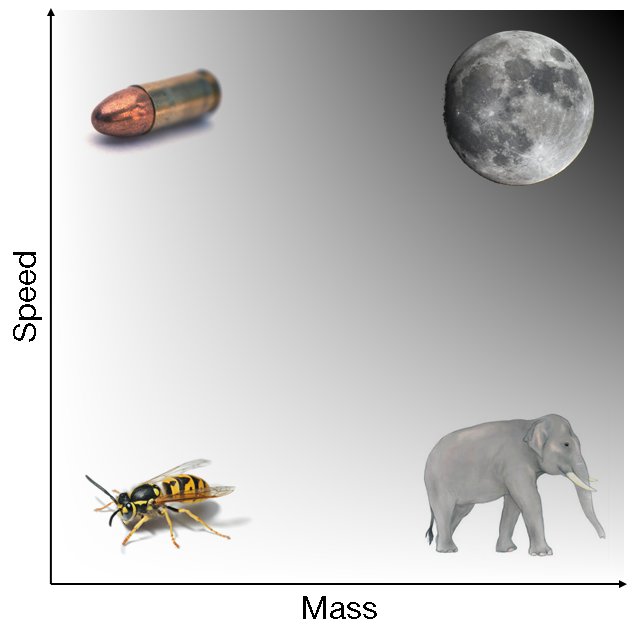 If we assume the target is an average-sized man with a mass of 85 kg and that he’s standing still before he gets shot then the combined mass is 85.03 kg, which, with a momentum of 10.5 kgm/s gives us a final speed of 0.12 m/s or twelve centimetres per second (0.27 mph); this bears no relation to what’s seen on film.

One thought on “Things From Movies That Cannot Exist Number 2: The Magical Shotgun”