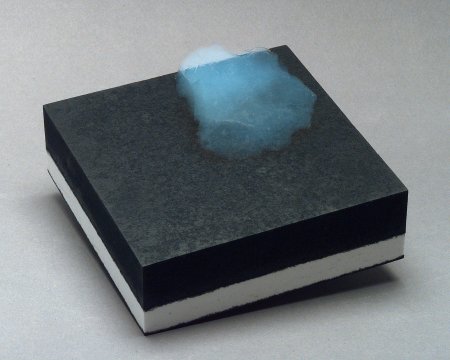 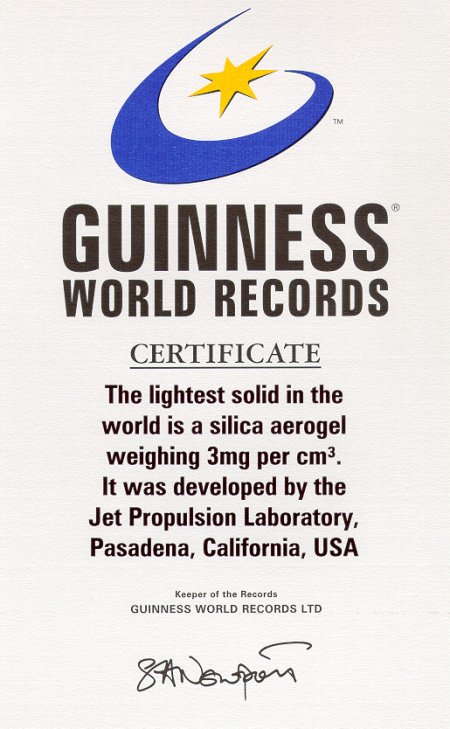 Aerogel (often called solid smoke) is one of the world’s weirdest materials. In the picture blelow a piece of aerogel with a mass of just over two grams is holding up a brick with a mass more than a thousand times larger. 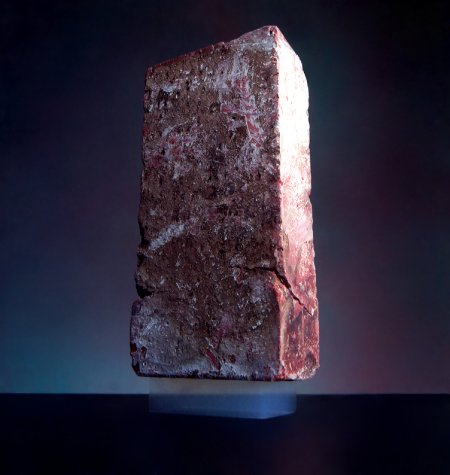 Despite being only one and a half times as dense as air it’s also one of the strongest materials in the world as well as being one of the most resistant to heat. 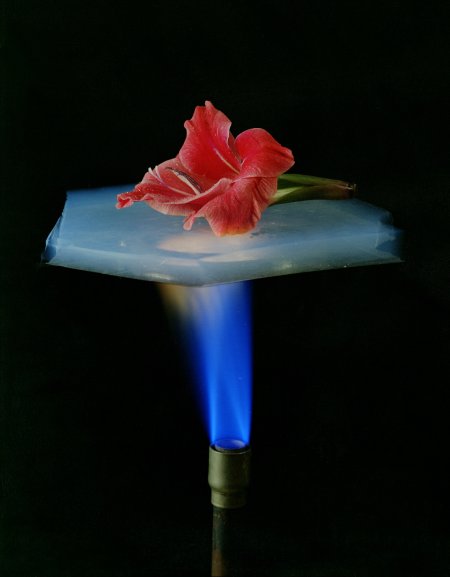 It’s even been used in the depths of space by the Stardust probe to collect cosmic dust and comet fragments: 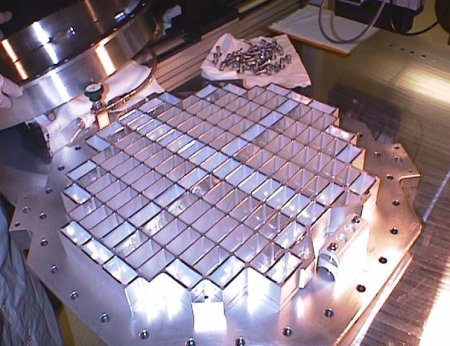 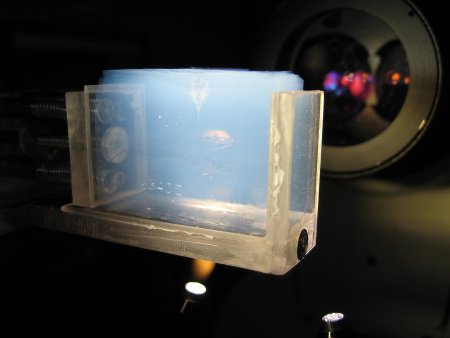