Microscopes come in many forms.

Optical microscopes use visible light and glass lenses to image samples, and are limited to around two-thousand-times magnification and imaging samples down to 200 nanometres.

Scanning probe microscopes image a sample by running a physical object over the surface; the two most common types are the atomic force microscope (AFM) and the scanning tunnelling microscope (STM). Both AFM and STM can magnify by one hundred million times, and AFM produces a three-dimensional image of the sample being studied. 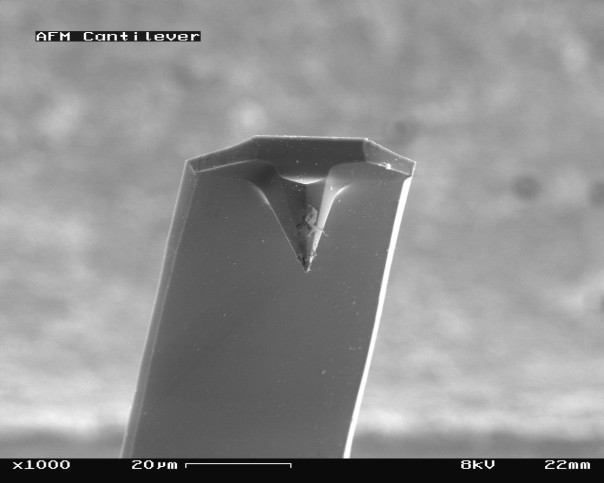 A scanning tunnelling microscope makes use of a quantum mechanical effect known as quantum tunnelling. A conducting probe is brought close to the sample, and a voltage is applied between the sample and the probe. This causes electrons to “tunnel” through the vacuum between sample and probe, and this flow of electrons constitutes an electric current. As the probe is moved across the sample the current changes, and this changing current is used to create an image. STMs can only image conducting materials, so a very thin coating of a heavy metal like gold is usually applied. STMs are also more difficult to run, requiring a very good vacuum, but they can image larger areas and do so more quickly than an AFM.

STMs can also be used to move individual atoms, dragging them across a surface. IBM famously created a version of their logo by moving around thirty-five xenon atoms on a copper surface.

One thought on “Microscope Types”