A gyroscope is a device that uses the principle of the conservation of angular momentum to maintain it’s orientation. That is, when set into a motion, a gyroscope resists any attempt to alter the axis along which it is spinning.

Gyroscopes are commonly used (in combination with accelerometers) in inertial navigation systems (INSs) to detect changes in position, orientation and velocity. INSs were first developed for rockets, but have since been used in many roles, including aboard submarines, aeroplanes and spacecraft.

L-R: A gyroscope resists any attempt to change its orientation; and a gyroscope demonstrating precession. Note that during precession the angle of the spin axis does not change.

Most people know gyroscopes as spinning discs or wheels, as shown above, but not all gyroscopes operate in this way. For extremely high-precision uses ring laser gyroscopes (also known, in one particular form as fibre-optic gyroscopes) are used. 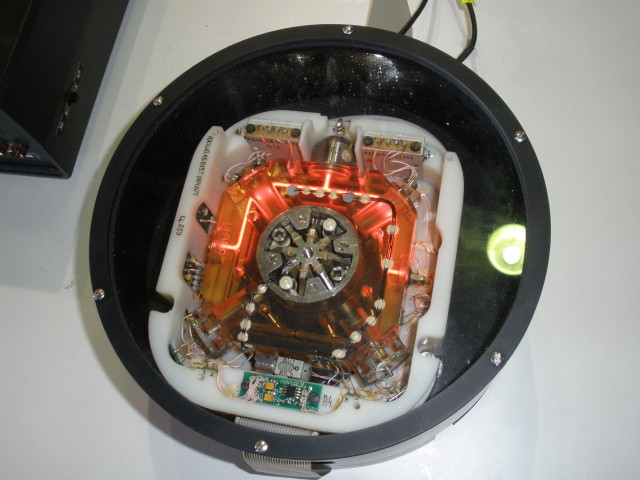 RLGs make use of the Sagnac effect: if the position of the mirrors changes during the time taken for the laser beam to travel around the ring, then the two beams will be out-of-phase when they recombine, and this causes the change in interference pattern that the gyroscope measures. (As a RLG does not maintain its orientation, it is not a gyroscope in the conventional sense – it is sensitive to changes in orientation due to the invariance of the speed of light rather than the conservation of angular momentum.)

RLGs are usually employed in groups of three, so as to monitor motion in three dimensions; an example of this setup is shown below. 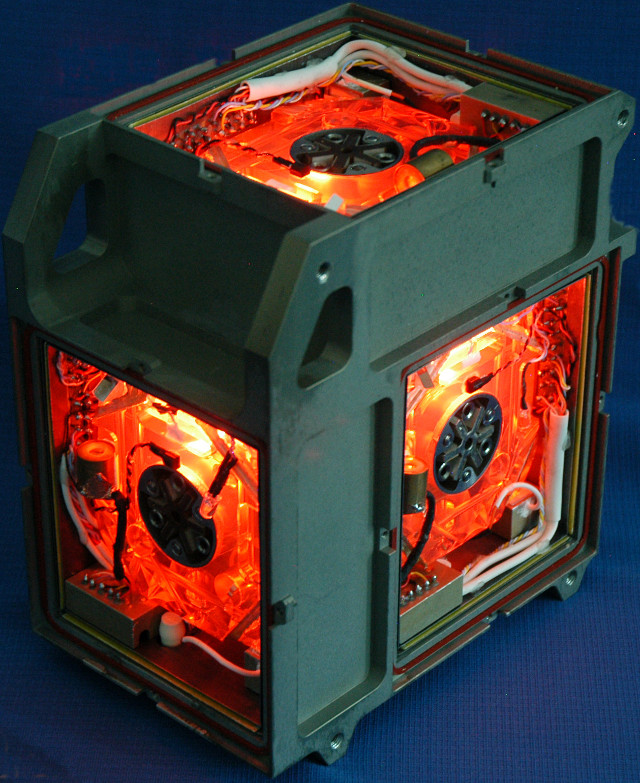 Because they have no moving parts, and because they are able to measure very small changes in orientation, RLGs have found many applications. They are used aboard modern fighter aircraft such as the F-22 Raptor and aboard the UGM-133 Trident II nuclear missiles used by the UK and USA.