In a standard game of Russian roulette one bullet is inserted into an otherwise empty “six-shooter” revolver and the cylinder is then spun. Each player then takes turns putting the gun to their head and pulling the trigger until one of them dies. 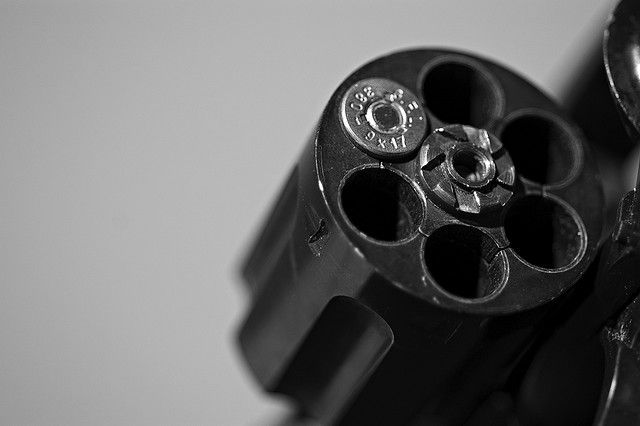 So if you are forced to play a game of Russian roulette, is there any advantage to going first? Or to going last? Or is it best to play somewhere in the middle?

You might think that as the game progresses your chance of dying increases. In the first round there is a 1 in 6 chance of the bullet being lined up with the barrel; in the second round the chance rises to 1 in 5, all the way through to the final sixth round where the chance is 1 in 1, or certain.

But this is not correct, as you haven’t taken into account the chance that you won’t have to play because someone has already shot themselves in the face. If you multiply the chance of a bullet being in the chamber with the chance of having to play you can calculate the risk of dying in each round.