At the recent Institute of Physics Teachers’ Group AGM, Anu Ohja from the National Space Centre in Leicester drew our attention to this incredible photograph of the Apollo Lunar Module returning to dock with the Command/Service Module. 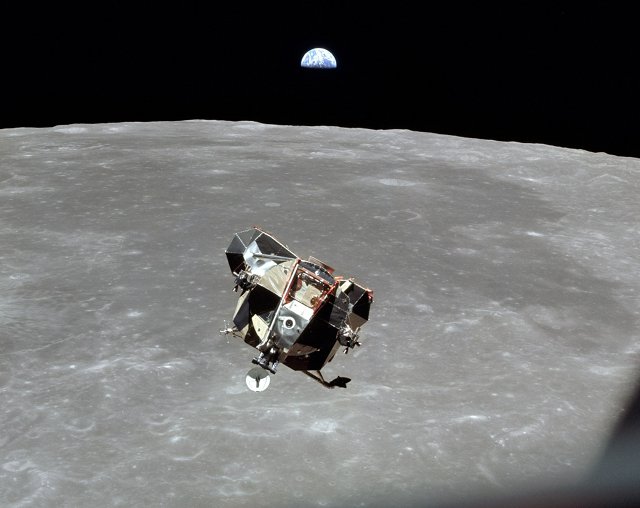 The amazing thing about this photograph is that it contains all of humanity with the exception of one person.

Everybody alive, except for Michael Collins, who took the photograph, appears in this photograph: the entire population of Earth, plus Neil Armstrong and Buzz Aldrin aboard the Apollo LM.