NASA has quite often had to “scrub” (cancel) launches from the Kennedy Space Center (KSC) in Florida because of inclement weather. But why build a Space Centre in Florida in the first place? It’s location makes it particularly vulnerable to hurricanes and other weather “events” so there must be a significant advantage to its location. 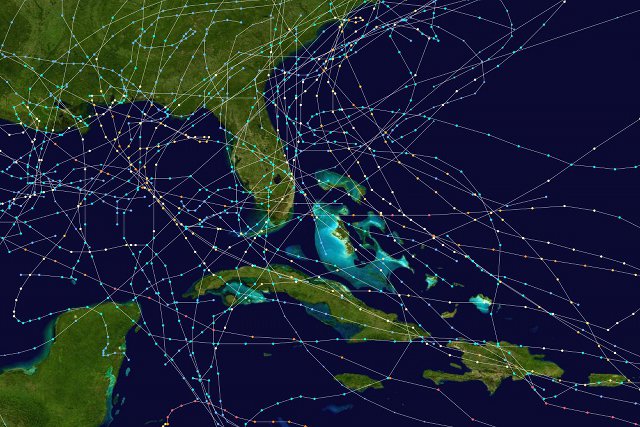 The paths of the eighty-three Florida hurricanes that occurred between 1975 and 1999.

Florida is a good location for rocket launches because it is both on the east coast of the US and because it is close to the equator.

Launching from the east coast of the US means that the rocket can take advantage of the Earth’s west-to-east spin. If a rocket were launched from the west coast it would either have to fly right across the continental US, which would be dangerous if it malfunctioned; or it would have to take off east-to-west, flying against the spin of the Earth.

At the North or South pole the speed at which you are moving, relative to a stationary observer not on Earth, is zero. As you move closer to the equator this speed increases, until at the equator you are travelling at a speed of 465 metres per second (1040 mph). At KSC, which is at a latitude of 28°N, this speed boost is reduced slightly, to about 410 m/s (916 mph). This is the best possible location in the continental USA, presumably more suitable (i.e. more southern) locations in Hawaii, Puerto Rico or one of the US’s other territories were discounted because of their remoteness.

The closer to the equator you can get, the greater the speed boost you receive. This reduces the amount of energy required to get into space and means that less fuel is required. The European Space Agency makes its launches from the Guiana Space Centre in French Guiana which is only 5° north of the equator. The commercial space launch service Sea Launch uses a mobile launch platform that sails nearly 5000 kilometres from Long Beach in Los Angeles where the rockets are assembled, to a location actually on the equator where the launches take place. 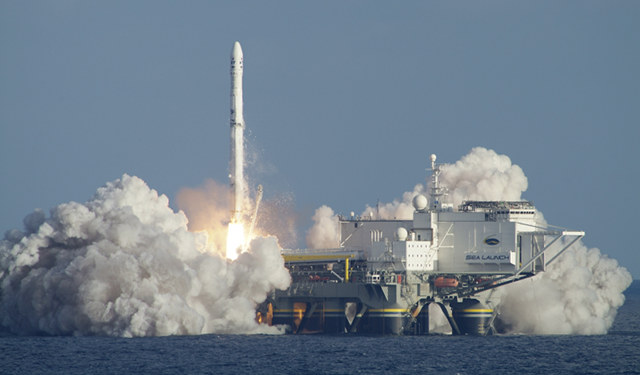 8 thoughts on “Where is the best place to launch a rocket from?”