The Space Shuttle always launched from one of the two launch pads at the Kennedy Space Center’s Launch Complex 39.

But until the tenth mission (STS-41-B) the Shuttle always landed at Edwards Air Force Base in California, more than 3500 kilometres away on the opposite coast of the US.

So how did the Shuttle get back from Edwards to Kennedy? It cannot fly like an aeroplane because it has no conventional engines, only rocket engines powered by fuel contained in the giant orange external tank and two reusable solid rocket boosters. Whenever the Shuttle came into land it was not in powered flight like an aeroplane, but rather gliding, without any engine power at all – it relied on a large drag chute to come to a halt after touching down.

In order to get from Edwards to Kennedy the Space Shuttle was attached to a modified 747 known as the Shuttle Carrier Aircraft (SCA) and flown right across the US. 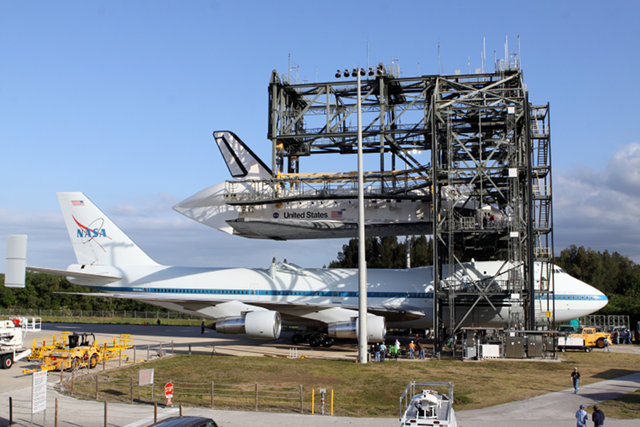 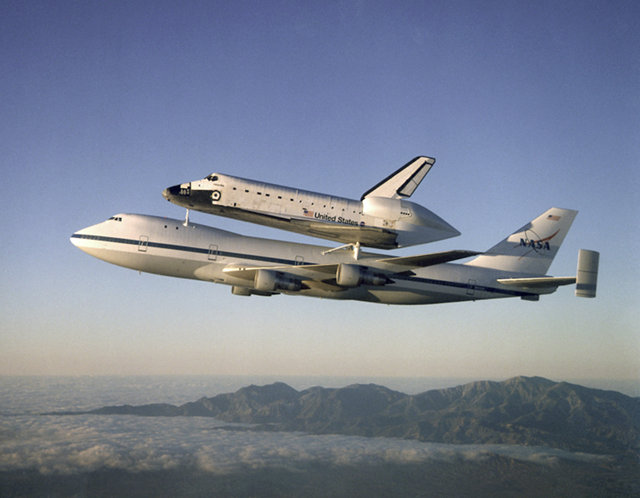 The Shuttle Atlantis mounted to the SCA. Note the aerodynamic cover placed over the main engines.

During the testing phase the Shuttle prototype Enterprise was deliberately released from one of the SCAs in mid-air and glided to a landing at NASA’s Dryden Flight Research Center. 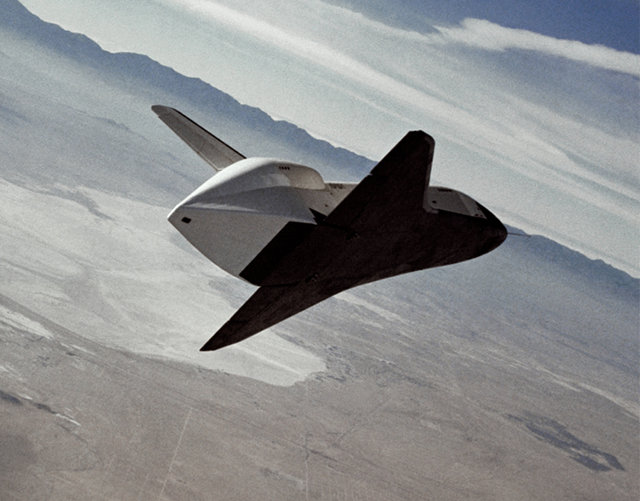 The Shuttle Enterprise glides over the California desert after being released from the SCA.