Since 2005 UK electricity suppliers have been legally obliged by Ofgem to provide information about the fuel mix they use to generate electricity and the carbon dioxide they produce in the process. 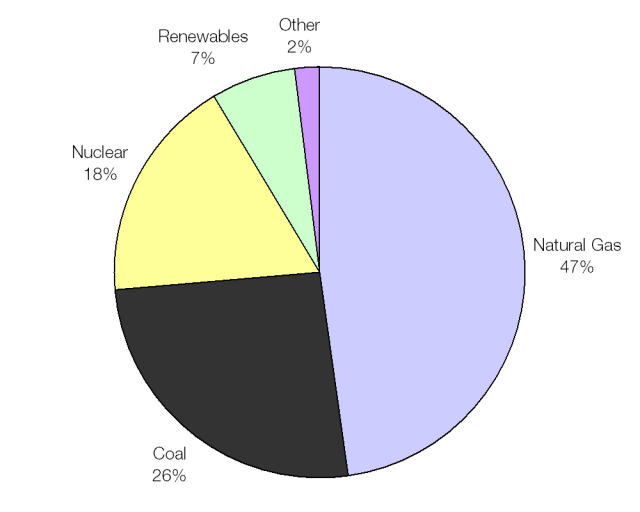 The UK average fuel mix; heavy on gas and coal.

The “Big 6” energy suppliers supply 99% of the UK population between them; most have a fairly similar energy mix, but one stands out from all the rest. 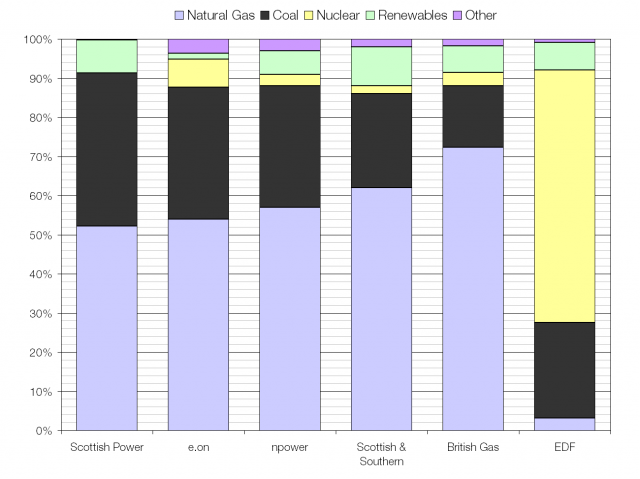 Most of the Big 6 are heavily reliant on natural gas and coal; but EDF stands out by generating more than 60% of its electricity from nuclear power. The effect that this has on the amount of CO2 that it creates for every kilowatt-hour of energy produced is very noticeable. 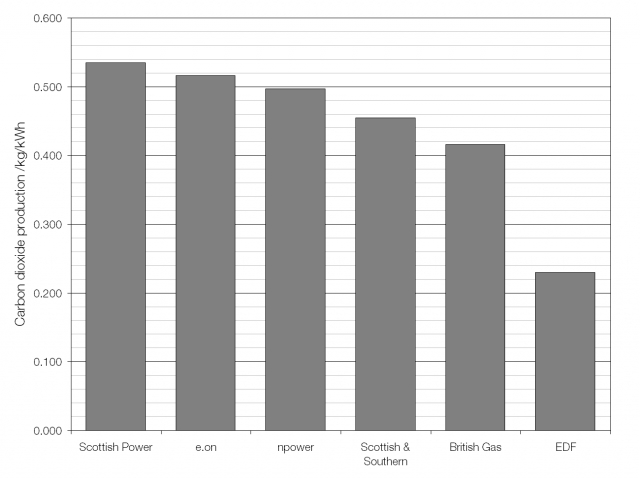 One thought on “Fuel Mix and CO2”