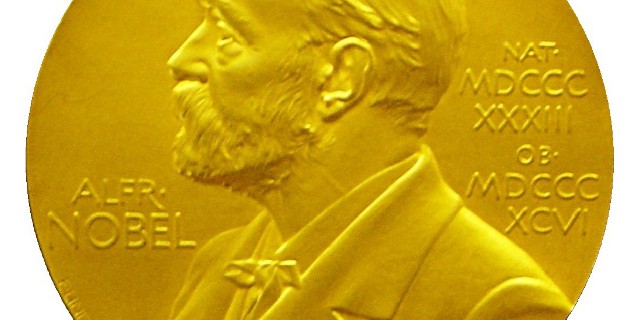 In the run up to World War II Niels Bohr’s Institute in Copenhagen had become a refuge for Jewish physicists. The Jewish physicist James Franck and the anti-Nazi physicist Max von Laue, concerned for their gold Nobel Prize medals, both left them there for safekeeping. When Hitler’s army invaded Denmark, Bohr was worried that the invading German soldiers would steal the medals but his friend, the Hungarian physicist George de Hevesy, came up with an ingenious solution.

de Hevesy dissolved both medals in aqua regia, a highly corrosive 1:3 mixture of nitric acid and hydrochloric acid. This formed a transparent yellow liquid, chloroauric acid, that he hid in plain site, simply leaving the jar on a shelf in the Niels Bohr Institute.

When he returned in 1945, after World War II had ended, the jar was still there. The gold was recovered from solution and the medals were restruck by the Nobel Foundation and returned to their rightful owners.