The Programme for International Student Assessment (PISA) study is conducted every three years by the Organisation for Economic Cooperation and Development (OECD). The OECD is a group of thirty-four countries with “advanced economies”, which basically translates to “club for rich countries”.

The PISA study gives 470 000 15 year-olds a test in literacy, numeracy and science and has just released the results of the 2009 study. The UK comes out above average in science and reading, but below average in mathematics. 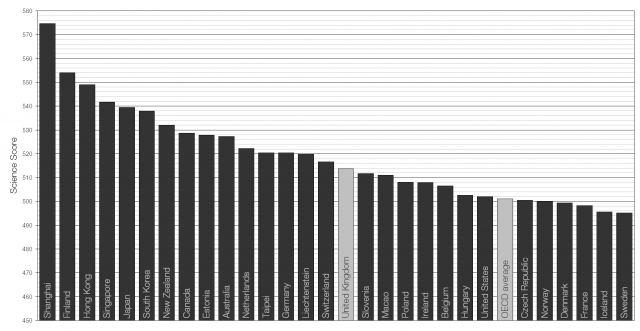 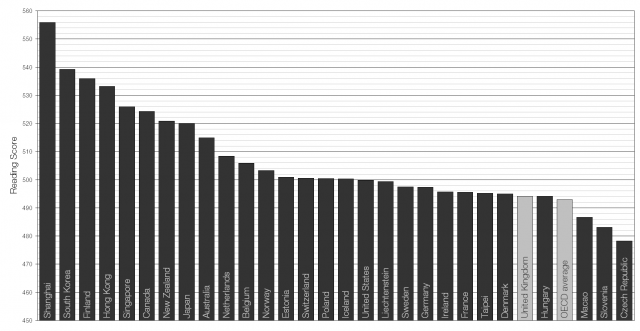 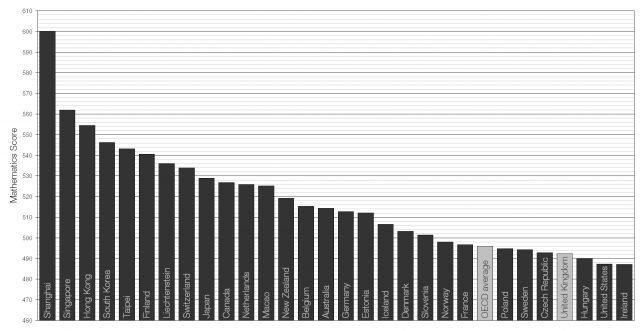 I was quite interested in the correlation between between scores:

I had expected the highest degree of correlation to be between science and mathematics, but that is probably a physicist’s bias, as maths is such an important part of physics.