Sir Roger Penrose is a mathematical physicist best known for his work on theories of general relativity and cosmology. He won the Wolf Prize in 1988 with Stephen Hawking for his work on singularities and black holes; the Institute of Physics’s Paul Dirac Medal and Prize in 1989; and the Royal Society’s Copley Medal in 2008 for “his beautiful and original insights into many areas of mathematics and mathematical physics.”

He is also the inventor of Penrose Tiling, a unique tiling pattern with five-fold symmetry, so I was delighted to discover this building as part of the Greenwich Peninsula complex outside the O2 Millenium Dome. 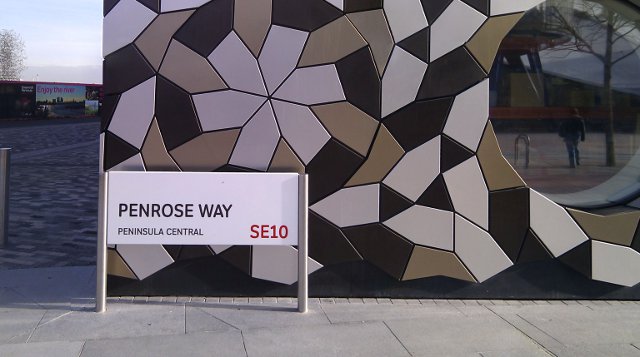 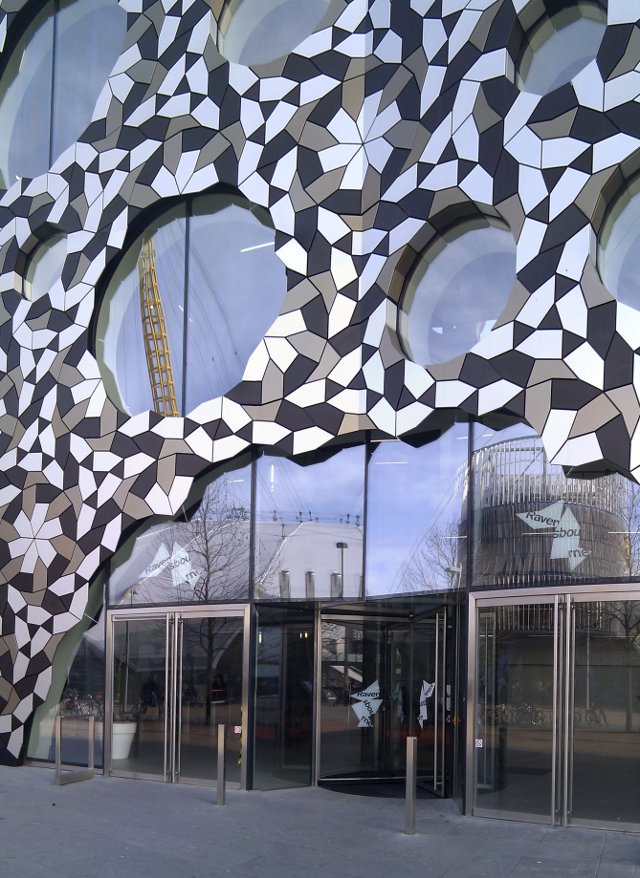 Almost the entire surface of the Ravensbourne College of Design and Communication building is covered with a Penrose-inspired pattern. Penrose previously sued Kleenex for using his tiling pattern on their quilted toilet paper, but I imagine that Ravensbourne’s architects, Foreign Office, checked with him first.