My department recently bought some nifty portable dataloggers. I decided to test one out during my last two periods with 5PHC by measuring the volume of sound in the room during the lesson’s ninety minute duration.

Because the volume of sound spans many orders of magnitude it’s not really possible to measure all possible volumes accurately. I used two different sensors: one measuring from 30dB to 70dB and one measuring from 50dB to 90dB. When a measurement was picked up by both devices I used the average value. 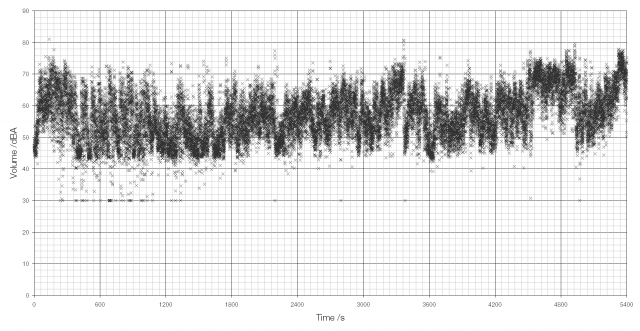 I averaged the data over a moving thirty second period to produce a more useful graph: 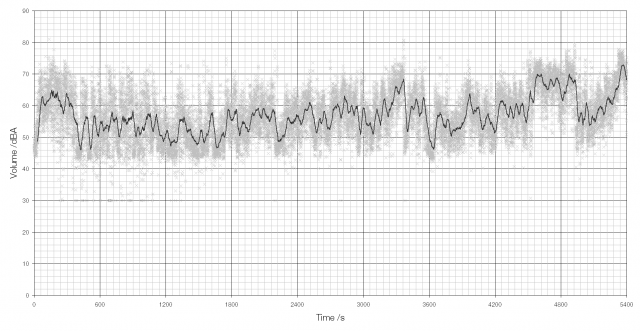 The average volume during the whole lesson was 56.9dBA. The “A” in “dBA” indicates that the sound pressure level sensor I used was using A-weighting that attempts to reproduce the human ear’s response to sound.

You can see gradual increases in volume punctuated by shouts of “QUIET!” that cause the volume to drop very suddenly. 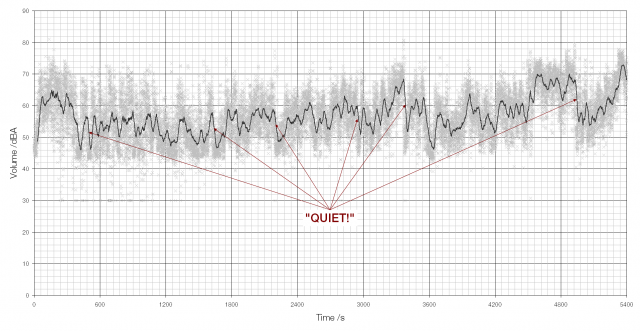