Real snowflakes demonstrate hexagonal (sixfold) symmetry; each snowflake is composed of one part, repeated six times, with a separation angle of 60°.

The “standard” method of creating paper snowflakes, folding a piece of paper in half and then in half again, creates snowflakes with tetragonal (fourfold) symmetry, each piece separated by 90°. 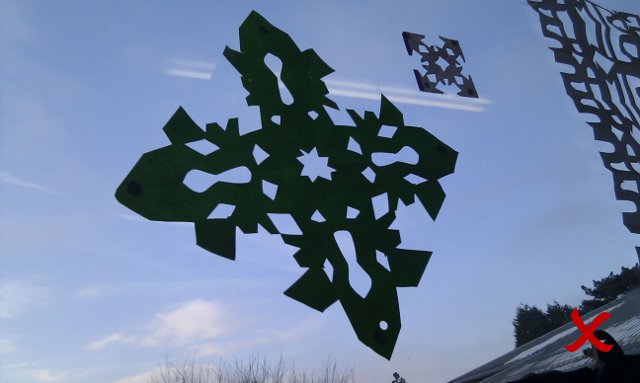 How to Make A Genuine Paper Snowflake

1.) Get a square piece of paper and fold it in half diagonally twice, across both sets of corners. 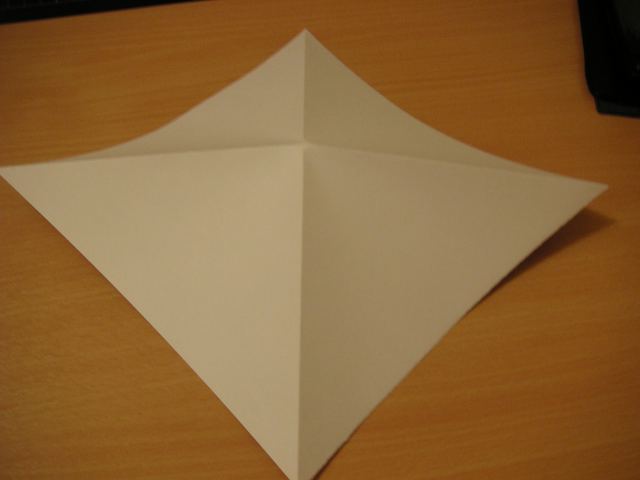 2.) Using the centre of the piece of paper as a marker, fold the paper into equal thirds, and trim off the top to create an equilateral or isoceles triangle. 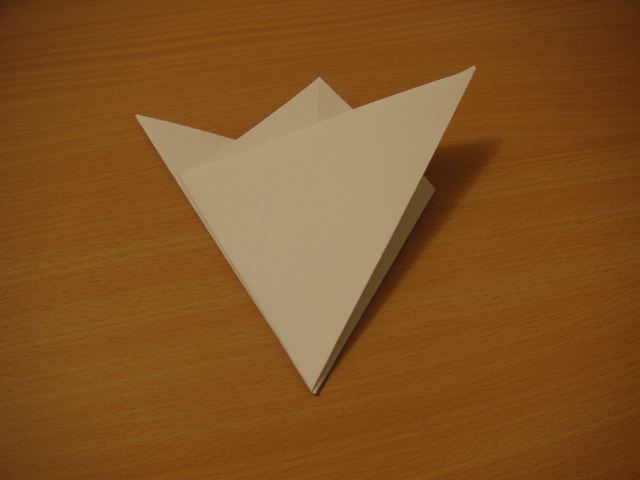 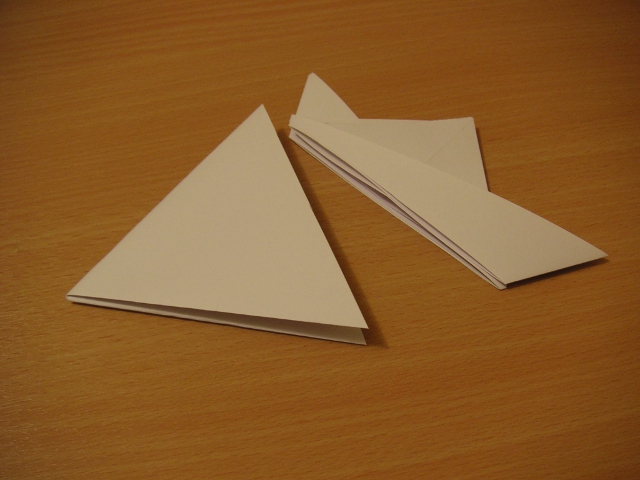 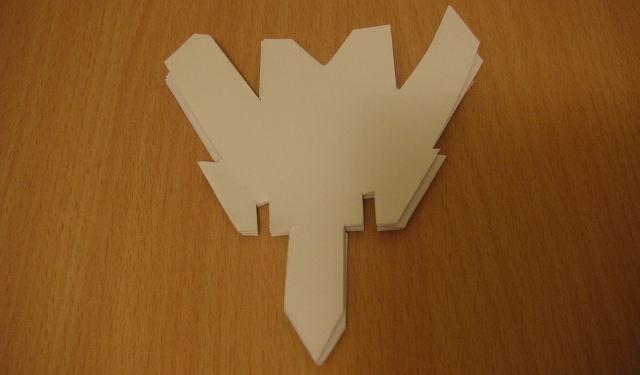 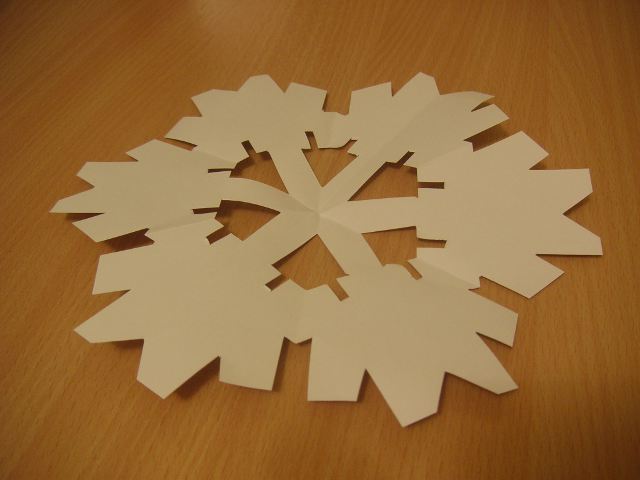 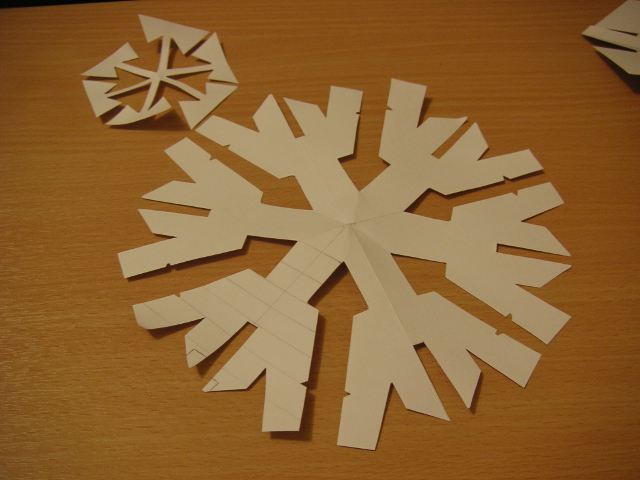