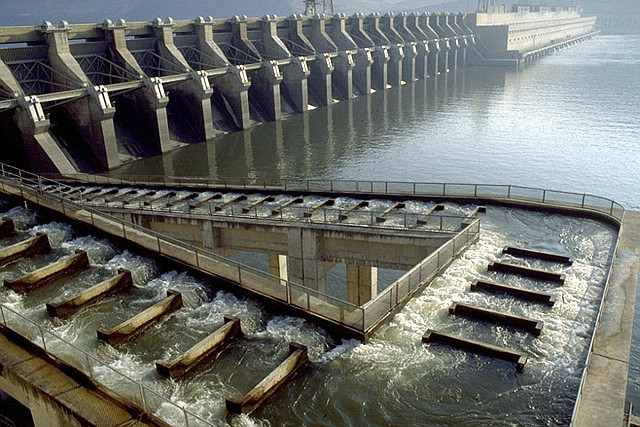 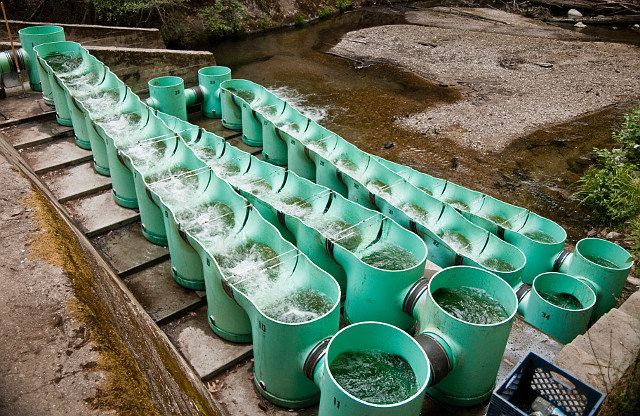 Off the coast of Florida thousands of cownose rays (Rhinoptera bonasus) gather in a mass migration. 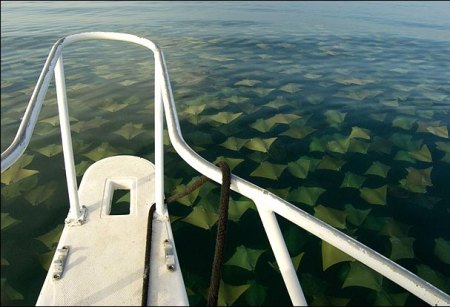 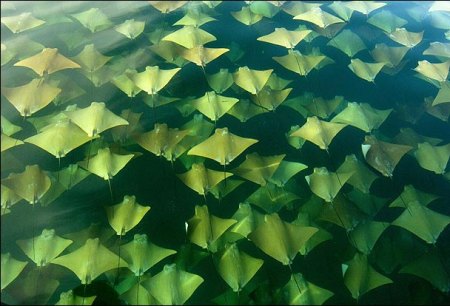 The rays will swim (fly?) hundreds of miles from Florida to the Yucatan on the Mexican coast.