For a long time there have been reports of “earthquake lights”, aurora-like lights or colours that appear in the sky during, or just before, earthquakes. Their existence is not widely accepted, but a group of US and Russian researchers claim to have discovered a different earthquake-related atmospheric effect. 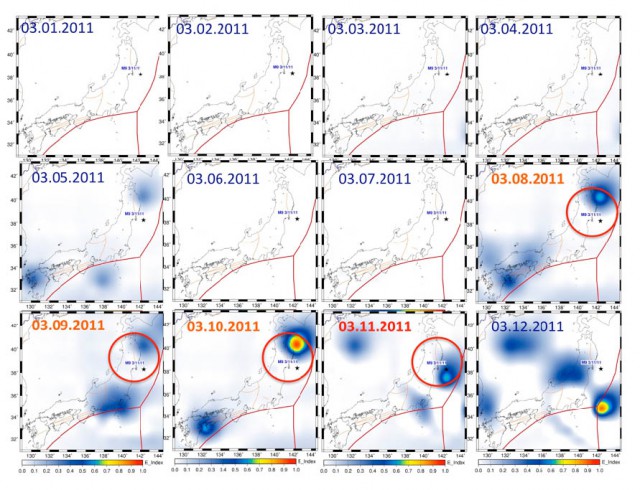 Red lines indicate tectonic fault lines and the star indicates the location of the March 11 earthquake.

They posit that small movements of the crust that occurred before the earthquake released radioactive radon gas (created by the radioactive decay of uranium and thorium in the crust) that was trapped there. This radon gas (either Rn-220 or Rn-222) is a highly-ionising alpha emitter. The researchers propose that the radon creates ionised particles in the air that cause water molecules to condense out of their vapour state. This condensation process releases energy, causing the surrounding atmosphere to increase in temperature.

* Not everyone agrees with their data.