The Hoba meteorite is an ataxite iron-nickel meteorite that landed in northern Namibia at some point in the last 80 000 years. Because of its shape and trajectory (it’s thought possible that it “skipped” across the atmosphere like a stone on a pond) it landed at subsonic speeds, and didn’t bury itself particularly deep, leaving no crater behind. 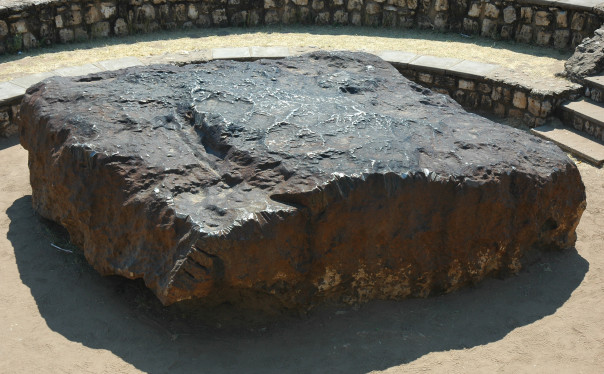 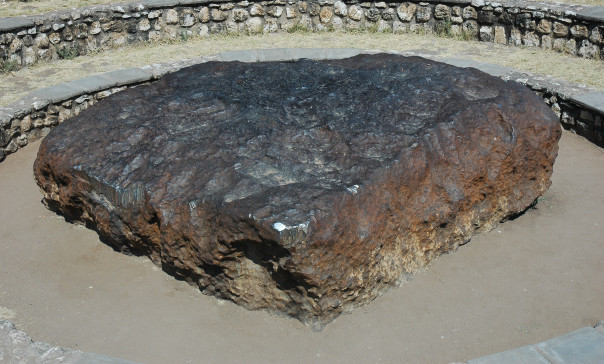 The Hoba meteorite was discovered by a farmer as he was ploughing a field, and has never been moved due to its large size; it has a mass of around 60 000 kilograms. (It was estimated to be about 66 000 kilograms when it fell, but its mass has been reduced by erosion, sampling and vandalism.) The Hoba meteorite is the world’s largest meteorite, and the most massive naturally occuring piece of iron on Earth’s surface.