Most nuclear weapons states (NWSs) use ballistic missiles as the primary tool in their nuclear arsenals. These can be battlefield (with a range less than 100 km), tactical (range up to 300 km), theatre (up to 3500 km), intermediate (up to 5500 km) or intercontinental (beyond 5500 km). These ballistic missiles can be land-based, either in underground silos or aboard mobile launchers, or submarine-launched; NWSs prefer SLBMs because they give a secure second strike capability (the UK’s only nuclear weapons are SLBMs). 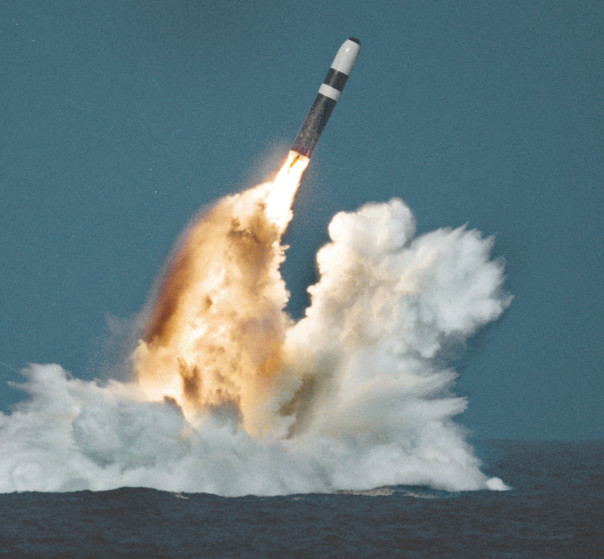 A Trident II SLBM (as used by the USA and the UK) ignites its first stage rocket motor. 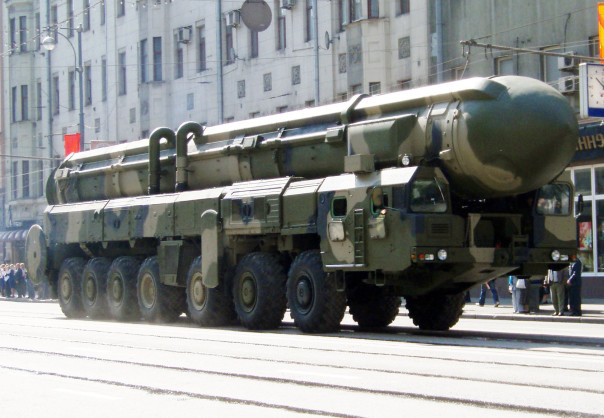 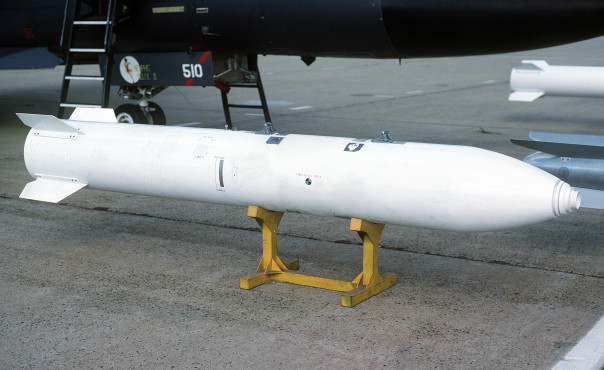 A B83 bomb, the most powerful weapon in the US arsenal at 1.2 megatonnes TNT equivalent.

The conventional nuclear weapons listed above are all designed to be delivered to their target remotely, whereas atomic demolition munitions (ADMs) are designed to be transported and emplaced by soldiers in the field. The US and the USSR/Russia developed a number of ADMs but no current weapons are known, though it is alleged that Israel have placed ADMs in the Golan Heights to secure the area. 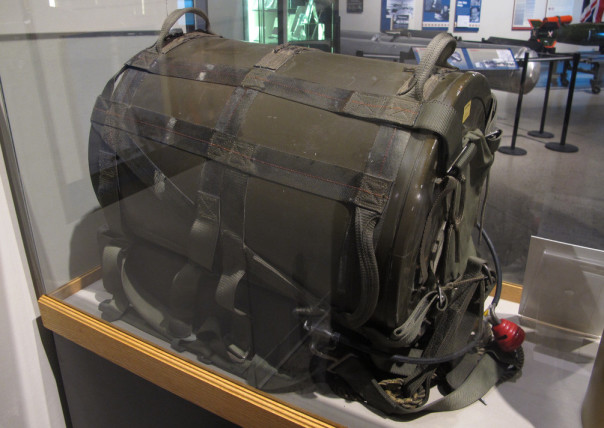 The most recent ADM, the US’s Special Atomic Demolition Munition (shown above) was decommissioned in 1989. It used the tiny W54 warhead, with a yield of 0.01-10 kilotons TNT equivalent, and had a mass of around seventy kilograms. It was designed to be carried in a backpack and emplaced by a team of paratrooper Special Forces.

Perhaps the strangest nuclear weapon of all falls into the ADM category. Blue Peacock was a 1950s British project to place ten kiloton nuclear landmines on the North German Plain to guard against a Soviet invasion from the east. The bomb’s designers were concerned that the cold weather would prevent the bomb’s electronics from operating correctly, and one suggestion was that live chickens be placed inside the bomb with a source of food and water and that the heat from the chicken’s bodies would be sufficient to keep the bomb operating correctly. The project was cancelled in 1958 before any bombs were placed.

So-called “suitcase nukes” also fall into the ADM category. A number of people have alleged that the US, USSR and Israel have produced suitcase nukes, but most nuclear scientists and engineers do not believe it to be possible to shrink a warhead – both in terms of size and mass – small enough to fit in a suitcase and be easily man-portable.

The W54 warhead used in the SADM was originally developed for the Davy Crockett recoilless rifle system. The Davy Crockett was fielded by US units between 1961-1971 and was designed to fire an M388 nuclear projectile containing a 0.01-0.02 kiloton W54 warhead up to four kilometres, and was envisaged as primarily an anti-personnel and area denial weapon due to the fallout it would produce. 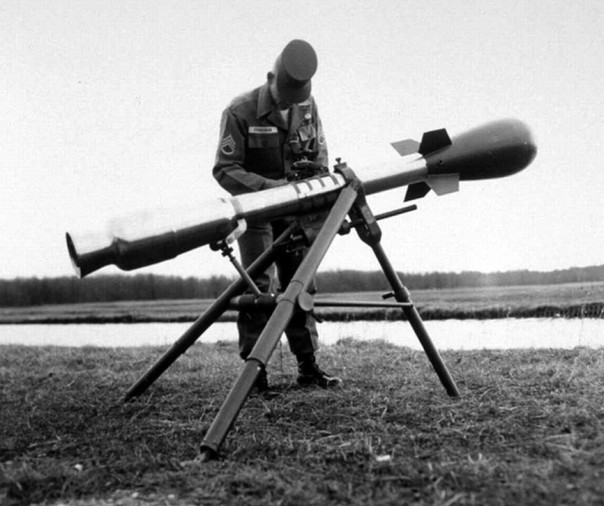 An M388 nuclear projectile attached to the Davy Crockett system.

The UK, USA and USSR have all at one time fielded nuclear depth charges for use in anti-submarine warfare. The Mark 101 Lulu was an eleven kiloton nuclear depth charge fielded from 1958-1971, and the twenty kiloton B57 nuclear bomb (1968-1993) could also be used in this role.

Most nuclear rockets and missiles are air-to-surface or surface-to-surface, but some air-to-air and surface-to-air nuclear missiles have been created. Air-to-air nuclear missiles, such as the one-and-a-half kiloton AIR-2 Genie (1957-1985) and the 0.25 kiloton AIM-26 Falcon (1961-1972) were designed to guarantee a hit against incoming aircraft, and to destroy multiple aircraft with one device.

Surface-to-air nuclear missiles have also been used in anti-aircraft roles, but were, and are more commonly used in an anti-ballistic missile (ABM) role. The current Russian ABM system (A-135) uses ABM-3 Gazelle missiles with 10 kiloton nuclear warheads, and previously used much more powerful ABM-1 Galosh missiles with 2-3 megaton warheads. These ABM nuclear missiles are designed to destroy incoming ballistic missiles by damaging their electronic components via intense X-ray bombardment and neutron flux.

The image above shows the A-135 ABM complex at Vnukovo (click to enlarge). Blue control buildings are on the right, and the sliding silo covers are visible to the left. There are a total of twelve silos at this site, with a further fifty-six silos spread between four other sites surrounding Moscow.