You can’t use just any computer on a Mars rover. 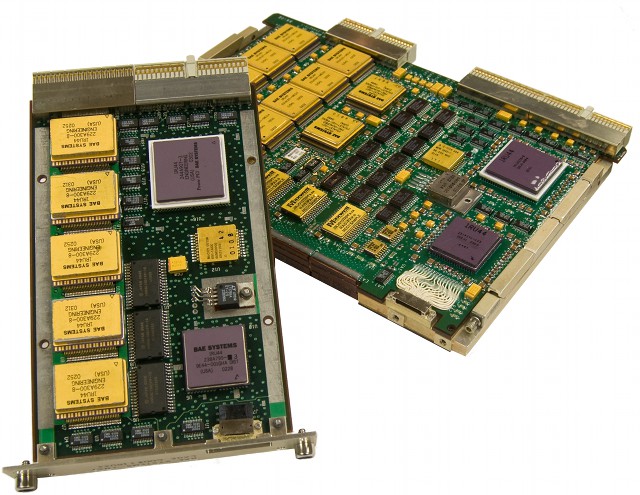 Two British Aerospace RAD750 single board computers, as used aboard the Curiosity rover.

Mars has no magnetic field and its atmosphere is very thin, about 0.6 kilopascals compared with Earth’s 101 kilopascals. This means that the surface of Mars is bathed in cosmic ray radiation, about 500 millisieverts per year according to an instrument aboard the Curiosity rover. This is about one thousand times the dose on Earth.

The charged particles that make up cosmic ray radiation smashing into electrons in electronic circuitry can knock them loose and cause noise and current spikes. This can turn a binary 0 into a binary 1 or vice versa (a “bit flip”) and thus any computer hardware travelling outside Earth’s protective bubble must be “hardened” to protect it from radiation.

There are a number of ways that hardware can be hardened:

The RAD750 single board computer manufactured by British Aerospace is a favourite of spacecraft designers, even at a cost of $200 000 per unit. The RAD750 has been used on board Curiosity, Juno, the Solar Dynamics Observatory, the Wide-field Infrared Survey Explorer, the Lunar Reconnaissance Orbiter, the Kepler habitable exoplanet observatory, the Fermi gamma-ray space telescope and the Mars Reconnaissance Orbiter.