Baobab is the common name of the eight species of tree of the genus Adansonia. Baobabs are well-known for their distinctive broad and swollen trunks. 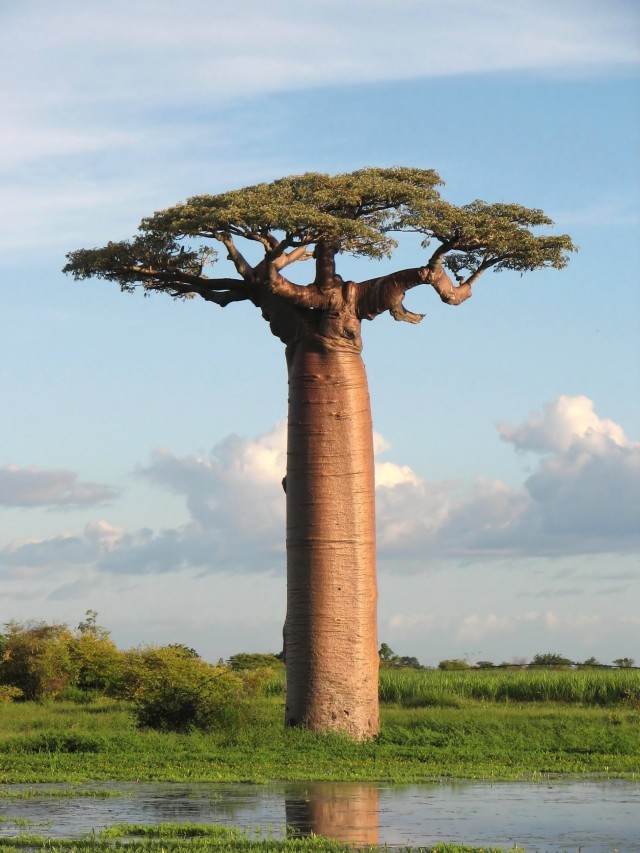 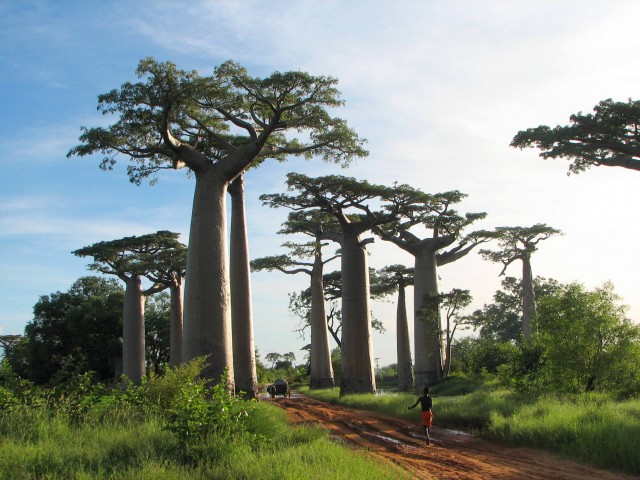 All Baobab’s occur in arid regions, and survive by storing water (sometimes as much as 120000 litres) inside their trunks, making them a useful source of water for human populations. Their bark is used for cloth and rope, their leaves for medicines and condiments, their fruit (“monkey bread”) as food and their seeds to replace coffee. It is not for nothing that the Baobab is sometimes referred to as the Tree of Life.

The unusual trunk structure makes it very difficult to date Baobab trees, as they do not produce annual growth rings, but radiocarbon dating has shown some to be more than 2000 years old.