Some of the quantities measured in physics cover a very large range of values and this can make displaying measurements of their value difficult or confusing. 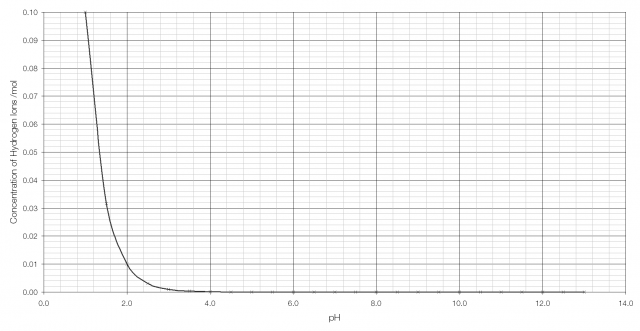 As can be seen from the graph above, it becomes very difficult to tell the difference between H+ concentration beyond pH 2 or 3. But on a logarithmic scale the difference is clearly visible: 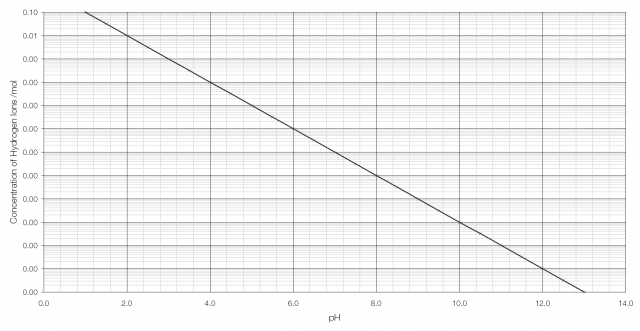 There has been some fuss on various blogs about a chart from the Minnesota Dental Association (58kB, .PDF) listing the acidity of various sweets. One sweet, WarHeads Sour Spray is listed as having a pH of 1.6, which when compared with battery acid at pH 1.0 sounds very alarming. But when the logarithmic scale is taken into account an increase of 0.6 on the pH scale is equivalent to a four-fold decrease in acidity – Sour Spray is only one-quarter as acidic as battery acid (that’s still pretty acidic, by the way, and not terribly good for your teeth). 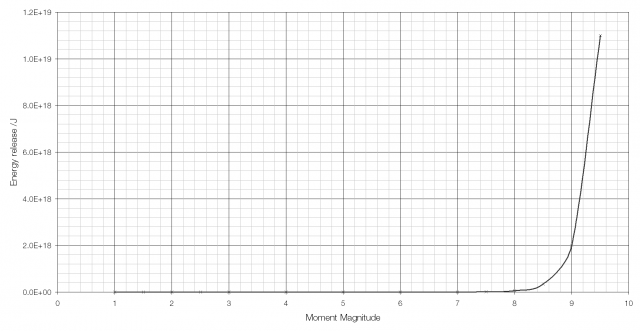 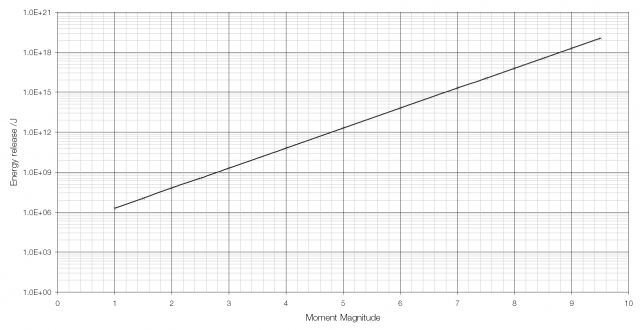 * For the sake of simplicity I’m ignoring the effect of the activity factor, the tendency of hydrogen ions to interact, on pH.