Aluminium is a very useful metal; it is the most widely used non-ferrous* metal in the world. It has a very low electrical resistance and a very good strength-to-weight ratio and has therefore found many applications: from packaging in drinks cans and foil wrapping to aeroplane parts and power lines.

Luckily, aluminium is very common, making up about 8% by mass of the Earth’s crust (only silicon and oxygen are more abundant). Unfortunately aluminium is also very reactive so is never found in isolation like gold and silver are, but rather as a compound in one of 270 different minerals.

Aluminium is usually produced by extracted from bauxite, an ore made from a mixture of aluminium hydroxide, iron oxide, titanium dioxide and kaolinite.† Because it is so reactive aluminium cannot be extracted economically using chemical processes; instead it is extracted by electrolysis in the Hall-Héroult process. 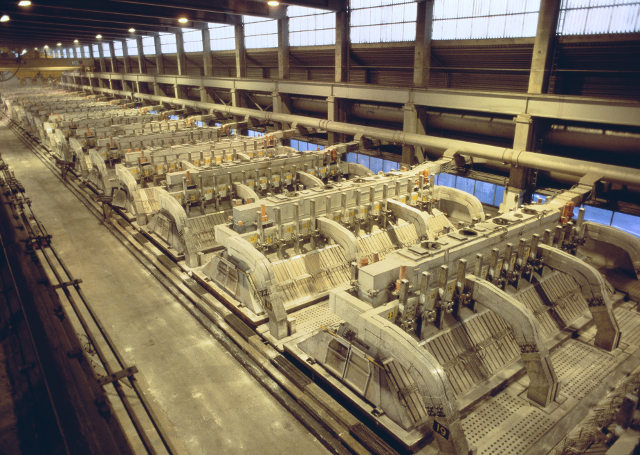 A bank of Hall-Héroult cells

The Hall-Héroult process uses a huge amount of electricity; hundreds of thousands of amperes are used in each cell and a single plant may contain hundreds of cells connected in series. According to Alcoa, the world’s largest producer of aluminium, the best smelters use about 13 kilowatt hours (46.8 megajoules) of electrical energy to produce one kilogram of aluminium; the worldwide average is closer to 15 kWh/kg (54 MJ/kg). 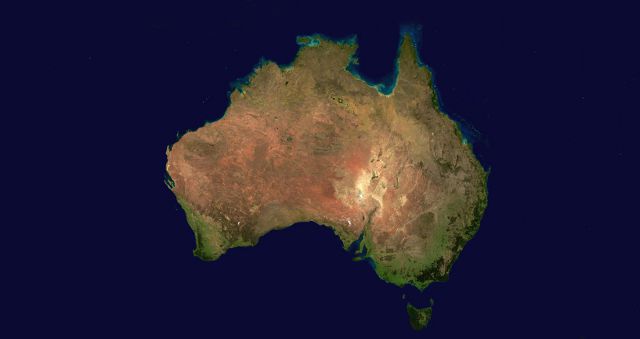 During the same period Australia, one of the world’s largest producers of aluminium‡, produced about two million tonnes of aluminium and 250 billion kilowatt hours of electrical energy; this means that more than 12% of its electrical supply was used to extract aluminium.

The output of the Kárahnjúkar Hydroelectric Plant in Iceland is devoted entirely to the Fjardaál aluminium smelter. There has been a great deal of conflict about the environmental impact that the building of this dam has created. (via @declanfleming.)

† Bauxite contains aluminium in gibbsite, boehmite and diaspore; iron in goethite and haematite; aluminium and silicon in kaolinite; and titanium in anatase.

‡ Australia is the world’s fourth largest aluminium producer and the largest producer, by a very substantial margin, of both aluminium oxide and raw bauxite; the red colour of Australia’s deserts comes in a large part from the presence of bauxite.

19 thoughts on “Electricity consumption in the production of aluminium”