Warships typically have a large number of antennae but this is problematic: they can be damaged easily and they increase the radar cross-section of the ship, making it easier to detect and target. 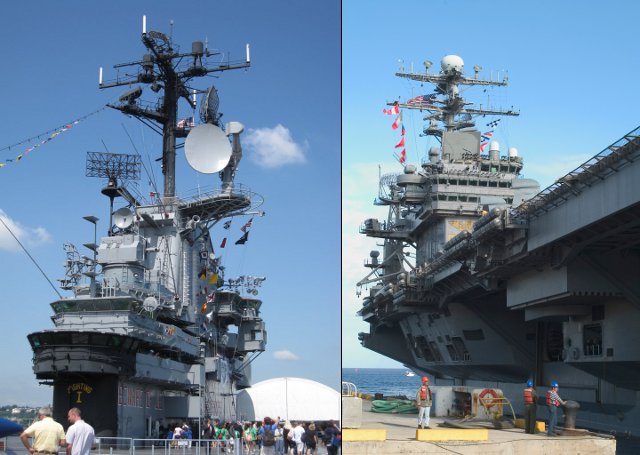 The US Navy’s Space and Naval Warfare Systems Command has come up with what they think is a good solution: an antenna made of seawater. Because seawater contains salt it is a good conductor of electricity and can be used in just the same way as metal, with the advantage being that the antenna only exists when needed and is therefore not subject to the problems already mentioned.

Further away from home, one of the most critical points in a space mission is the reentry phase when the spacecraft enters Earth’s atmosphere. The problem is that during reentry the spacecraft is surrounded by plasma, a superheated gas in which all the electrons have been stripped from their atoms. This plasma sheath absorbs and reflects any signals, making communication with the craft impossible at this critical time.

A group of US and Russian scientists have published a paper in which they suggest a solution that is similar to the water antenna above. The absorption of a signal creates a resonating layer in the plasma, and this layer can effectively become an antenna. By bouncing another signal off this layer from inside or outside the spacecraft it is possible to discern the original signal. The military are likely to be particularly interested in this solution, as it would enable communication with intercontinental ballistic missiles in flight, enabling them to be reprogrammed or disarmed.