The DCSF publishes figures on the uptake of A Level courses. It turns out there are some marked differences between different school types: if you’re studying Law, Sociology and Media Studies then there’s a fairly good chance you attend a State-Maintained school or an FE College.

On average, 15.1% of A Level entries are pupils at Independent Schools, but that percentage drops to 1.1% for those studying Law, 1.8% for Sociology and 2.4% for Media/Film/TV Studies.

If you’re studying “Other Modern Languages” (i.e. not French, Spanish or German, Ancient Greek or Latin), Classical Studies and Home Economics then there’s a good chance you attend an independent school.

This graph shows all subjects: 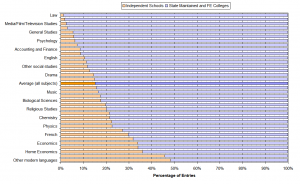 If you’re studying A Level Physics then there’s a good chance you’re at an independent school.

There’s also some interesting data about the uptake of subjects amongst the different sexes; everybody knows that there is a massive gender imbalance in A Level Physics: 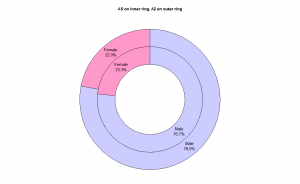 But this isn’t explained by results, girls do much better than boys: 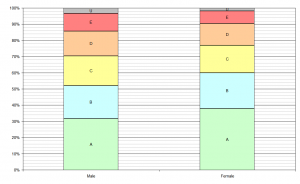 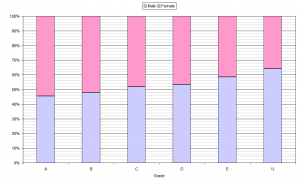 Overall there are more male A grade physicists, but this is just down to the greater uptake. 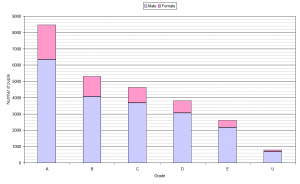