The Mount Wilson Observatory, where Edwin Hubble made the observations that he used to show that the Universe was expanding, is being threatened by the California Wildfires. Staff and firefighters have been evacuated from the area.

A webcam at the Observatory currently shows smoke but no flames. 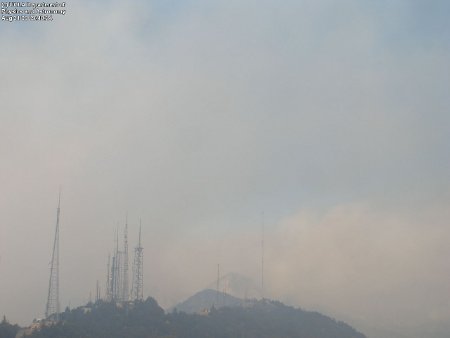 I really hope that the observatory survives. The 2.5-metre Hooker Telescope played an important role in advancing our knowledge of the Universe and there is still important research being carried out at MWO.

Further information is available about the Station Fire that is causing the damage.