The space around Earth is full of junk, as you can see in the pictures below from the European Space Agency. Click to enlarge. 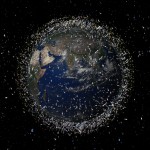 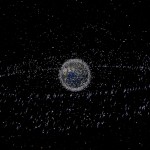 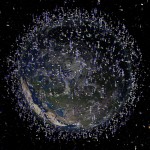 It’s so full of junk that recently a US Iridium satellite and a Russian Strela satellite collided, 500 miles above the Siberian Taymyr peninsula travelling at a combined speed of 26000 miles per hour. 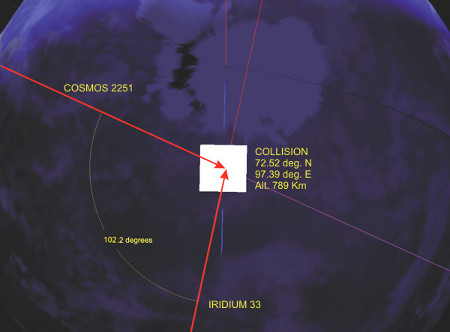 The collision destroyed both satellites and created a huge cloud of dangerous debris. The amount of debris in orbit around Earth is becoming a serious problem – recently astronauts aboard the International Space Station had to move to the emergency Soyuz escape pod because it looked like a piece of debris might collide with the ISS, damaging it catastrophically.