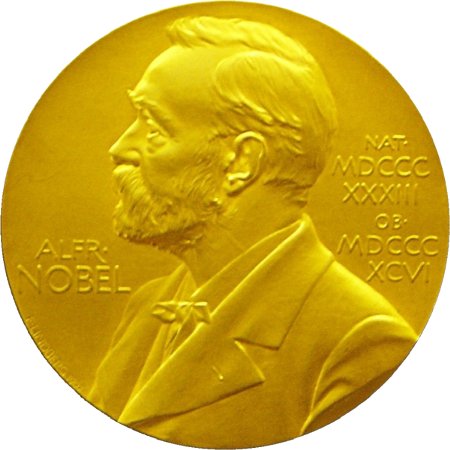 The 2008 Nobel Prize in Physics has been awarded to Yoichiro Nambu and Makoto Kobayashi & Toshihide Maskawa for their work on broken symmetries. Symmetry breaking explains some of the odd behaviour of fundamental particles and explains why there is a difference between matter and anti-matter: in short, it explains why something exists instead of nothing!

The 2008 Nobel Prize in Chemistry has been awarded to Osamu Shimomura, Martin Chalfie and Roger Y. Tsien for their discovery and development of the green fluorescent protein, GFP. GFP was originally isolated from the bioluminescent jellyfish Aequorea victoria and has been used as “tag” to show whether a particular gene has been “absorbed” by a host organism- if an organism glows, then the inserted genes have been successfully taken up.