Many of you will be familiar with the Beaufort Scale, used to measure wind speed. (Although it’s full name is the Beaufort Wind Force Scale, it does not measure force in the physical sense.) Although the scale is usually taken to relate to open ocean conditions (e.g. Force 6 has been referred to as “Strong Breeze – Long waves begin to form. White foam crests are very frequent. Some airborne spray is present.”) there is an empirical relationship between Beaufort Scale and wind speed: 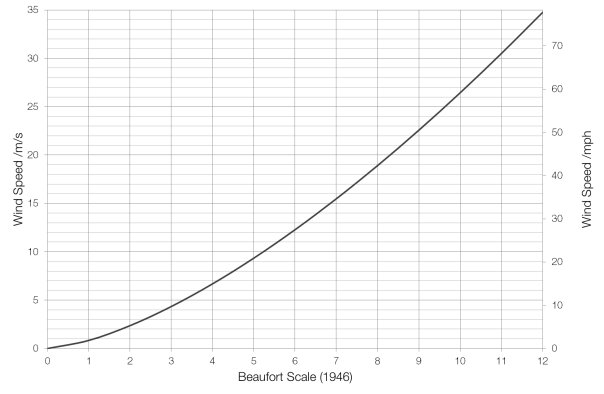 The Beaufort Scale only officially goes up to Force 12 (“Hurricane Force – Huge waves. Sea is completely white with foam and spray. Air is filled with driving spray, greatly reducing visibility.”) but it could be (and has been) applied to hurricanes (normally measured on the Saffir-Simpson Scale), or tornadoes (normally measured on the Enhanced Fujita Scale). Hurricane Felix, a Category 5 hurricane that struck Nicaragua and Honduras in 2007 had a peak wind speed of 175 mph, equivalent to a Beaufort Scale of 20.7; and the 318 mph wind speed measured by Doppler radar during the Moore Tornado of 1999 would be equivalent to a Beaufort Scale of 30.7. 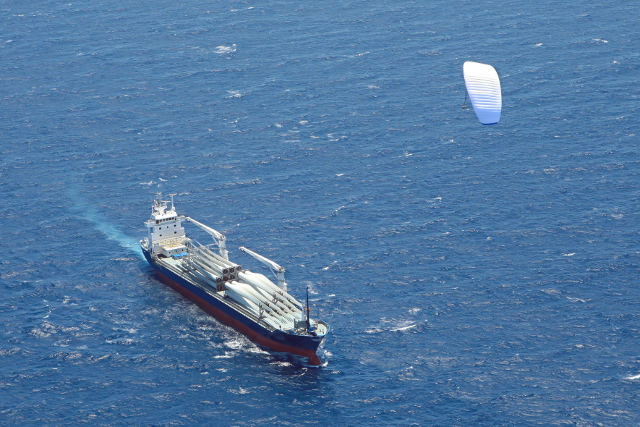 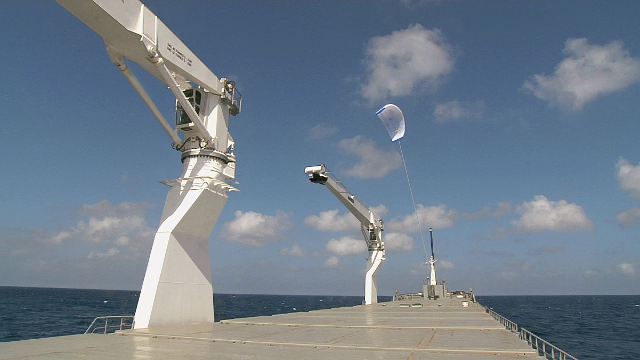