4545 days after launch, on 14th February 1990, at a distance of six billion kilometres from Earth, the Voyager 1 probe turned its camera on the solar system for a “family portrait“.

One of the 60 individual photographs taken became one of the most famous space photographs of all time – the “Pale Blue Dot“. Midway down the brown stripe (caused by light reflecting inside the camera) you can just make out a bright spot – Earth.

Carl Sagan said of the image: 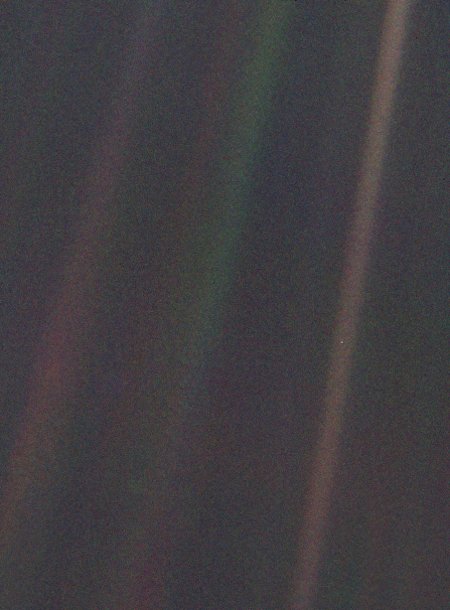 Voyager 1 is the farthest man-made object from Earth; currently it’s about 16.9 billion kilometres from Earth, 15.7 light hours away.