Because most in the western world are able to digest dairy products it is often assumed that this condition (lactose persistence) is the norm. But if you are able to tolerate lactose then you are actually in a minority: ninety-eight percent of Southeast Asians and ninety-five percent of Chinese are lactose intolerant. Between them these two ethnic groups make up more than 28% of the world’s population.

The graph below shows some of the ethnic groups with over 50% of the population lactose intolerant: 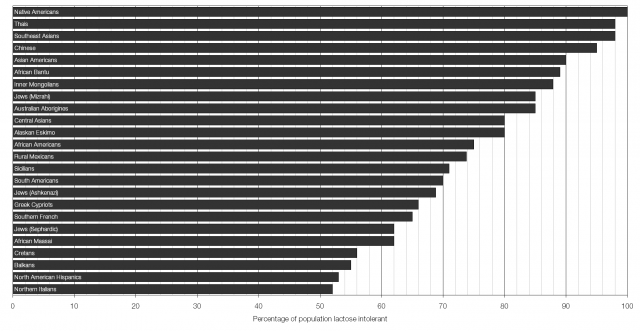