Modern pregnancy testing is very easy: an immunoassay is prepared which contains a special pigmented antibody that binds to human chorionic gonadotropin (hCG), a hormone produced by the developing placenta and blastocyst. When the assay is exposed to a substance (usually urine) containing hCG it changes colour, clearly indicating pregnancy. These modern tests are accurate between six and ten days after fertilisation, but there is another test (the rosette inhibition assay) on blood, cervical mucus or amniotic fluid that can detect fertilisation within 48 hours.

It was not always so easy.

In the 1930s, when reliable pregnancy testing was invented, a pregnancy test involved injecting the woman’s urine underneath the skin of a female mouse or rabbit. A few days later the mouse or rabbit would be euthanised and dissected, and if found to be ovulating this indicated pregnancy. This test, the Aschheim-Zondek test, was time consuming and very unfortunate for the mouse/rabbit in question. 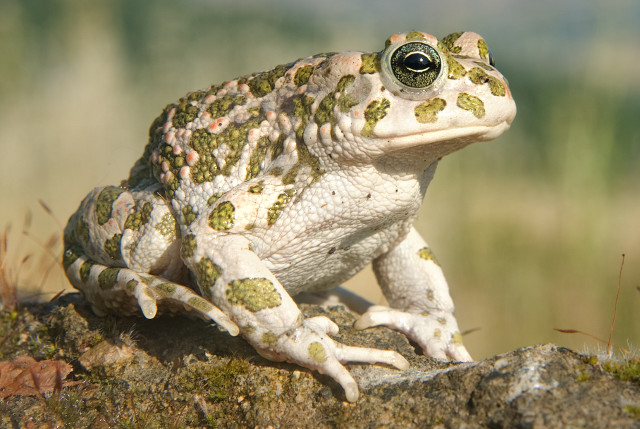 A female Bufo viridis frog. Other species of frog were used later.

The Bufo Test, introduced by Lancelot Hogben, used a frog (of the genus Bufo) in place of a mouse or rabbit. The frog was injected with a woman’s plasma or urine and if it produced eggs within twenty-four hours, the woman was pregnant. The Bufo test didn’t require the frog to be killed and it was possible for a frog to be “re-used”; it was the standard test until the development of radioimmunoassay tests in the 1960s and monoclonal antibody immunoassays in the 1970s.

Glass Frogs (Centrolenidae Hyalinobatrachium) have pigment-less skin that allows their internal organs to be seen clearly. 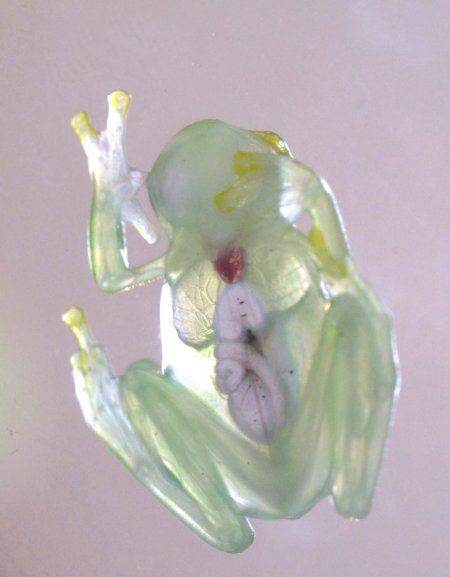