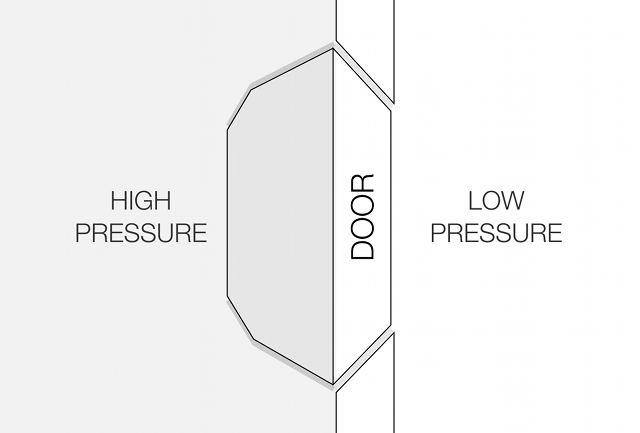 Contrails are artificial clouds that form behind aircraft flying at high altitude. 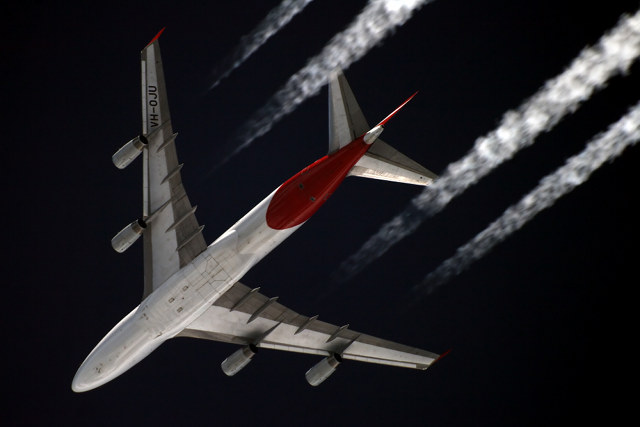 Jet fuel (also known as AVTUR for AViation TURbine fuel) is made up of long-chain hydrocarbons, from nonane (C9H20) to hexadecane (C16H34). When these long-chain hydrocarbons are burnt they combine with oxygen to form carbon dioxide and water. The water vapour in the plane’s exhaust condenses out (sometimes as ice) to form trailing artificial clouds known as contrails.

Military aircraft often have to be careful to avoid leaving contrails as it makes them very easy to spot. This can be done by adding chlorosulphuric acid to the exhaust, as the chlorosulphuric acid reacts with water to form sulphuric and hydrochloric acid which doesn’t condense out in the same way as water. However, it is usually easier for the pilot of the aircraft to simply decrease altitude until contrails cease forming.