The Torino Scale is a system for categorising the risk presented by near earth objects (NEOs) such as asteroids and comets. On the Torino Scale NEOs are rated on a scale from zero to ten, based on a combination of the probability of an object striking earth and the kinetic energy of that object.

Because orbits are unstable and can change the scale only applies to potential objects less than one hundred years in the future. The diagram below shows the different Torino Scale categories, with a logarithmic scale on both axes and an approximate indication of the diameter of the asteroid on the kinetic energy axis. 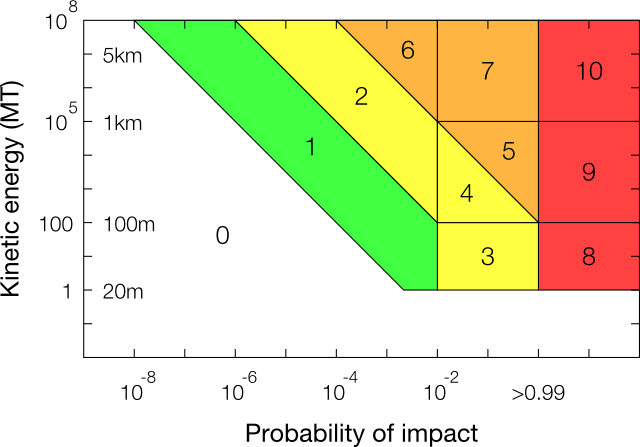 The Torino Scale is separated into five categories:

As new data about an NEO becomes available the Torino Scale rating for an object can jump suddenly: the Chelyabinsk meteor had a kinetic energy of 0.4 megatons TNT equivalent, giving it a Torino Scale rating of zero, but had it been only a little bit more massive or slightly faster (one megaton) it would have suddenly jumped to an eight.

Currently NASA’s Jet Propulsion Lab’s Sentry system lists only one NEO with a non-zero Torino Scale rating. 2007 VK 184 has a Torino Scale rating of one, but the earliest possible collision date is in June 2048, so we don’t have to start worrying just yet. 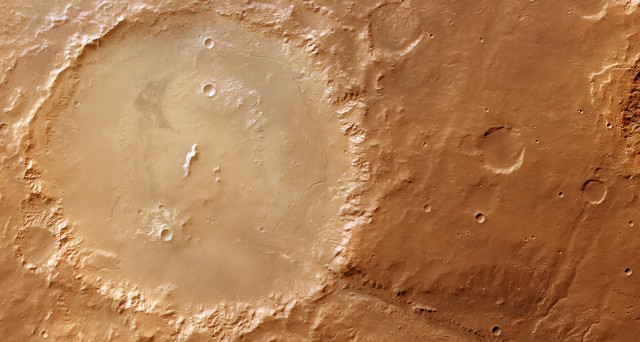 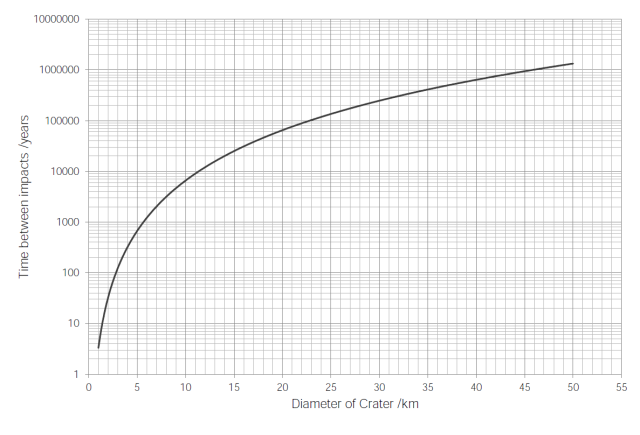