When light from the Sun or the Moon strikes Earth’s atmosphere it is scattered, sent in all directions by the atoms and molecules that make up the air. During this scattering process some of the light is polarised – instead of the electric and magnetic fields oscillating in many planes simultaneously, they oscillate in only one plane. 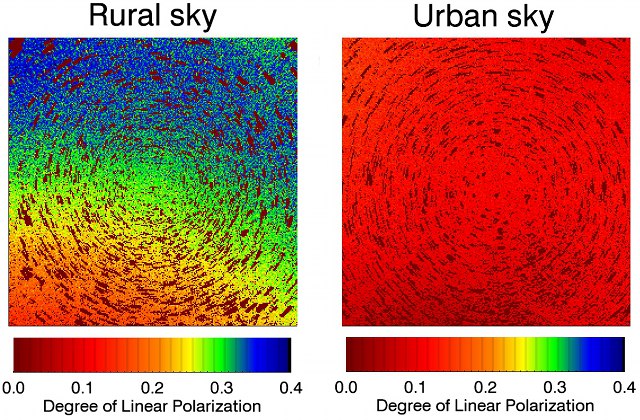 The image on the left shows the degree of polarisation observed in a rural location. The image on the right shows the same section of the night sky, but observed from an urban location (the circular patterns in both images are caused by the movement of stars across the sky.) Because light pollution from streetlamps is not polarised, the effect of the streetlamps is to destroy the polarisation “data” that some animals use to navigate.

One thought on “The polarisation of the sky”