The UK government has announced that it is beginning a consultation on raising the speed limit on UK motorways from 70 mph to 80 mph. I don’t think this is a very good idea, and my reasons are listed below.

You simply don’t save that much time by increasing your speed to 80 mph. If you drove the 400 mile distance from London to Edinburgh, you would only save three-quarters of an hour, and that assumes that you maintain a constant speed of 80 mph the entire time, neither accelerating or decellerating. 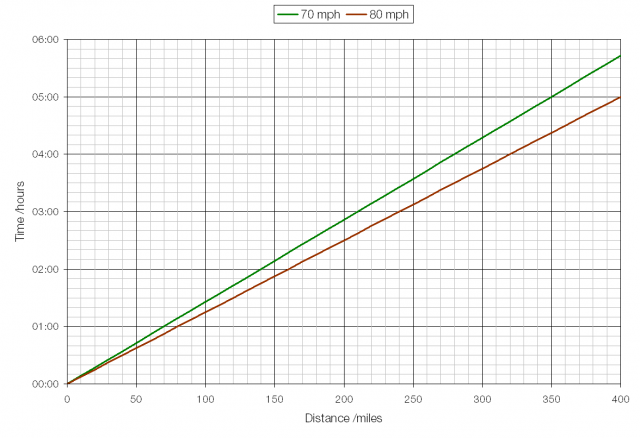 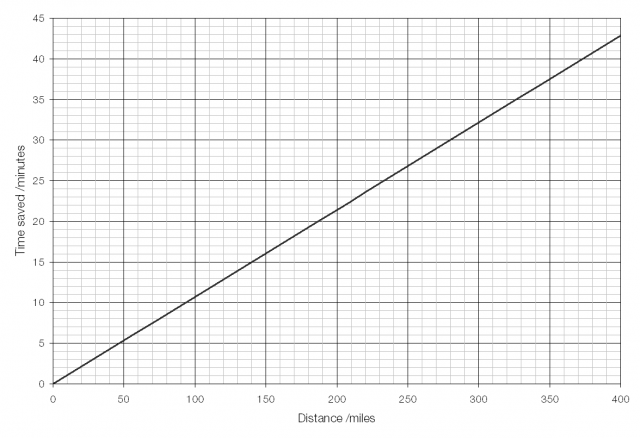 Assuming no acceleration or deceleration is entirely unrealistic and as it takes longer to accelerate to 80 mph than it does to get to 70 mph, the graphs above represent a best case scenario. The real time savings are likely to be much lower. 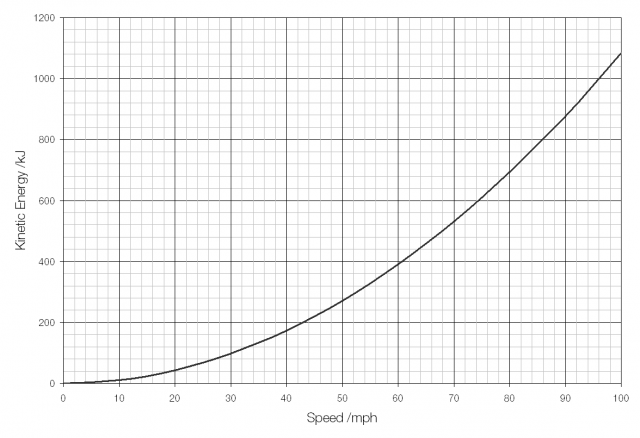 Kinetic energy at different speeds for my car, a Peugeot 207 with a mass just over 1000 kg.