SVK is a comic book written by Warren Ellis, drawn by Matt “D’Israeli” Brooker and published by BERG.

SVK’s unique selling point is that it contains two “layers” of story: the regular, black and white layer, and a hidden layer, visible only when the comic is viewed under ultraviolet light using the “Special Viewing Kit” of the title. 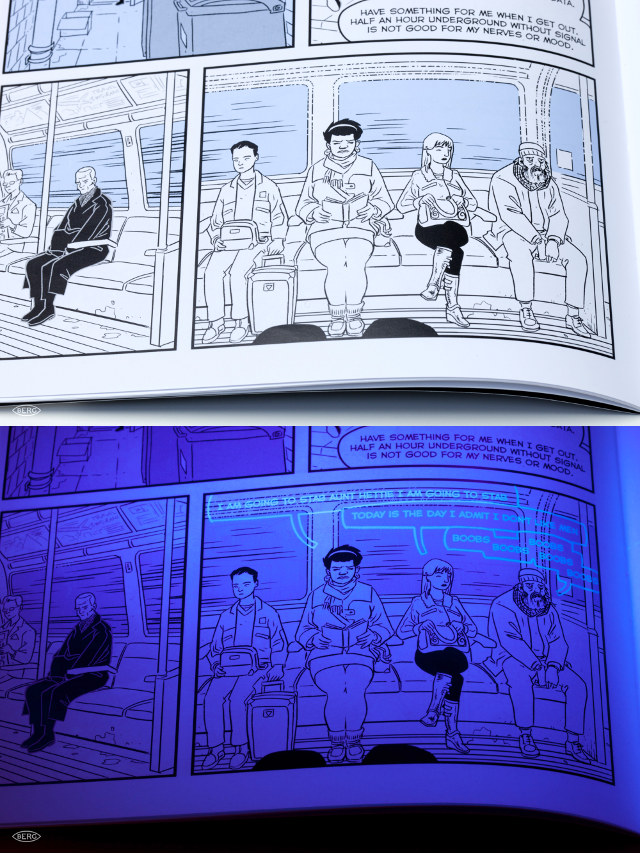 The human eye cannot see ultraviolet light* and therefore it cannot be correct that the ink used for the hidden layer is reflecting the ultraviolet light, in the same way as the normal layer reflects normal visible light. 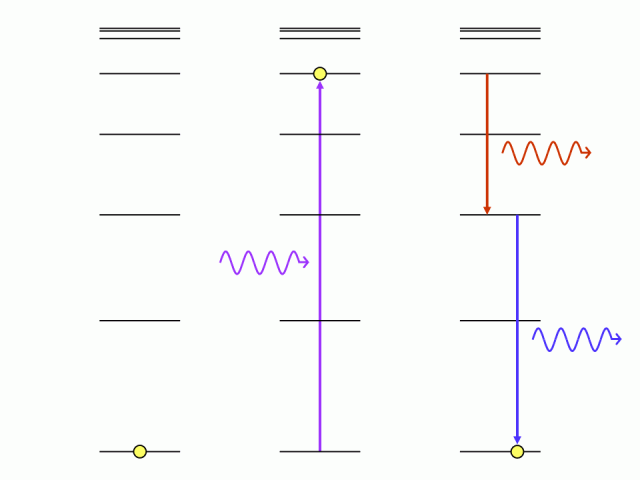 On the left, you see the electron in its normal “ground” state. It is then pushed into an excited state by an incoming ultraviolet photon, as shown in the middle diagram. Finally, on the right, it relaxes from this excited state by emitting two more photons, an invisible infrared one and a visible blue one. It is the visible blue photon that the eye sees.

* The familiar purple glow of ultraviolet lamps is a side effect of the production of UV; it is not the ultraviolet light itself.

4 thoughts on “How does SVK’s ultraviolet ink work?”