The number of protons inside the nucleus at the centre of an atom decides what element it is. Different atoms with the same number of protons and a different number of neutrons are known as isotopes. For example, there are three naturally occurring isotopes of carbon: carbon-12, carbon-13 and carbon-14. Most (98.9%) of the natural carbon is carbon-12 and the remaining 1.1% is made up of stable carbon-13 and radioactive carbon-14.

Potassium also has three natural isotopes: K-39, K-40 and K-41. The potassium-40 isotope, which makes up 0.0117% of all naturally occurring potassium, is a radioactive beta emitter with a half-life of 1.25 billion years. Therefore anything that contains potassium, including the potassium iodide pills that idiotic US West Coasters are stockpiling (thereby making them unavailable to those who might actually need them) is radioactive. 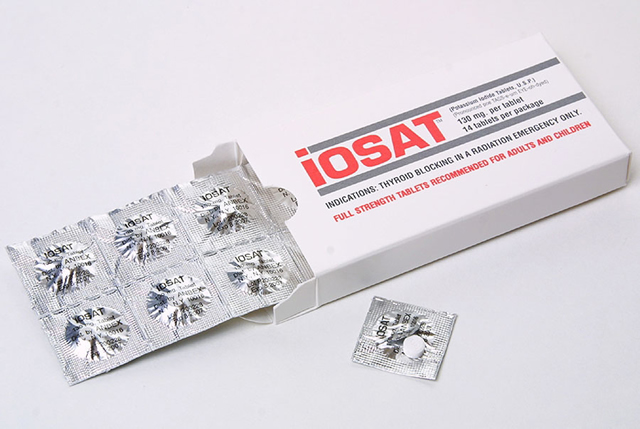 More than 10% of the average person’s annual background dose of radiation comes from food. Any food that contains a large amount of potassium will be radioactive: bananas, each of which contains about 450 milligrams of potassium, are radioactive enough to be detected by scanning equipment at ports designed to stop nuclear smuggling. The most radioactive food is the Brazil nut, but this is due to the presence of radium, rather than potassium.

You can buy potassium iodide pills from Amazon