The gravitational field strength of a planet depends on size and mass, and the Earth is not uniform in either respect. Because of its rotation Earth’s radius is 21km greater at the equator than at the poles and water (which covers 71.1% of Earth’s surface) is much less dense than the rock that covers the remaining 28.9%.

These two factors, combined with the centripetal force effect of Earth’s rotation itself mean that the strength of Earth’s gravitational field varies across its surface. 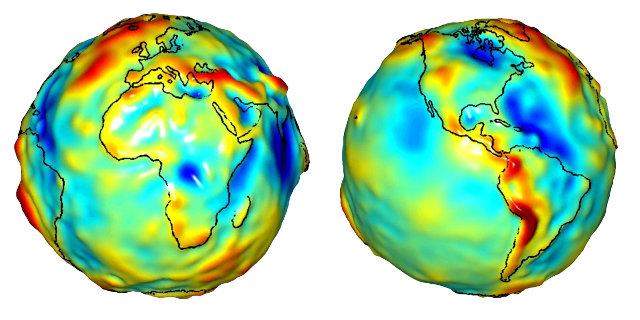 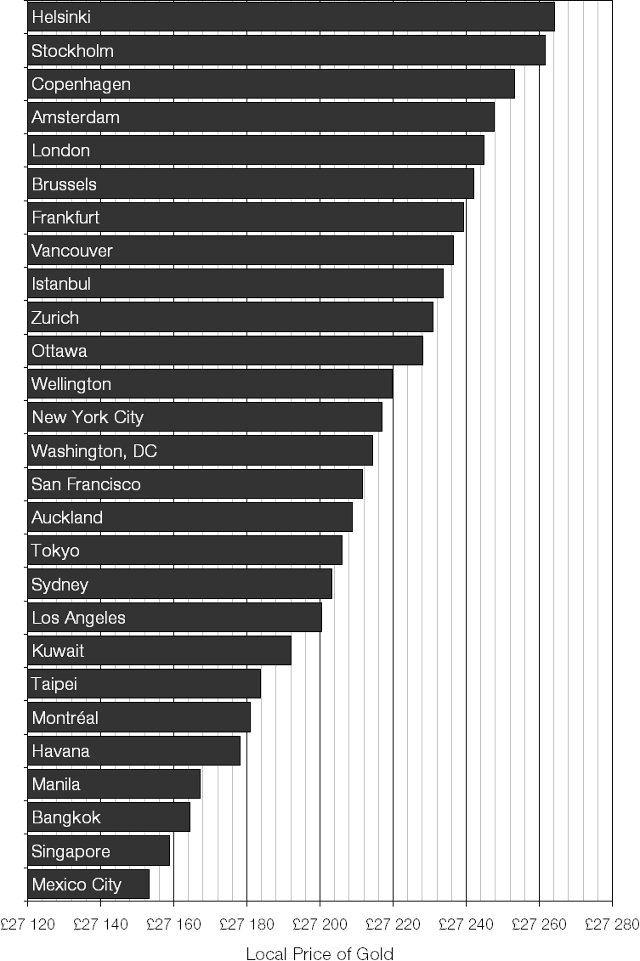 This lends itself to a money-making scam: if I buy gold in Mexico City and sell it in Helsinki I can make a profit of £111 per kilogram (at the current price of £27230 per kilogram). In order to pay for my plane ticket (about £1500) I only need to carry thirteen and a half kilograms of gold (a cube with 9cm sides) with me, though this will cost me about £367000.

You can download the Excel spreadsheet I used to do the calculations for this post: gravity-gold-calculator (31kB, .xls).